How One Company — and One Man — Is Transforming India 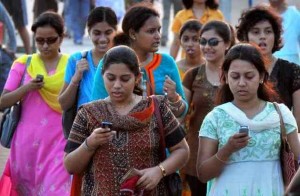 The Nikkei Asian Review has an excellent cover story on the phenomenon – and there is no other way to describe it – of Jio, the company that brought low-cost mobile services to tens of millions of Indians. The story highlights the vision of Mukesh Ambani, India’s richest man, who has used his money-spinning Reliance Industries — focused on energy and petrochemicals — to finance his forays into the worlds of retail, telecoms and content. At the heart of the strategy was his Jio mobile service that gave tens of millions of Indians free mobile service for six months, dramatically pushing prices lower across the board while expanding connectivity.

One Mumbai-based venture capitalist went so far as to call Ambani “India’s Elon Musk” for his vision and few will disagree that widespread mobile usage is transforming the world’s soon-to-be most populous country.

Some highlights of the story below:

Once known simply as the richest man in India, Ambani is now known for the dramatic way he has reinvented his family’s business in recent years. He has shifted Reliance Industries from heavy industrial operations such as energy and petrochemicals to softer businesses including telecoms, media content and retail.

In the process, Ambani is also reshaping India. Since its launch in 2015 and its first sales the following year, Jio has started to reduce the yawning disparities between city and countryside, privilege and poverty, connections and capability.

While his rise in business may have been built on controversy, today Ambani is perhaps the only national champion and true visionary the country has.

“Lots of baggage of the past has been erased by the efforts of the last five years,” said one venture capitalist in Mumbai. “He is our answer to Elon Musk. He is the only one in India willing to take a moonshot.”

Since Ambani entered the telecoms business, revenues in the Indian mobile market have shrunk by 35% in just over two years, thanks almost exclusively to the low prices and six months of free service offered by Jio, according to data from UBS. That is because Reliance has far deeper pockets than any of its rivals and has used its cash flow from petrochemicals and energy to subsidize newer initiatives under Jio, said Rohit Prasad, a professor of economics at MDI in Gurgaon.