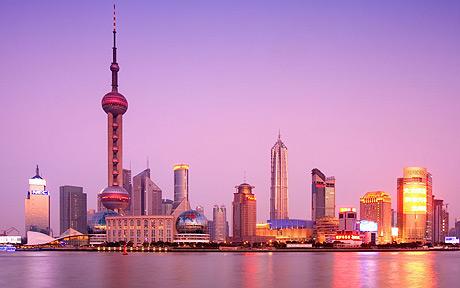 A compendium of the key numbers, quotes, and stories shaping China, curated from global and domestic news sources.

The World Trade Organization revised downward its projections for trade growth for 2019. Originally, it forecast 3.7% growth. In 2018, its initial forecast of 4.4% trade growth fell to an actual trade growth of 3%.

China stock market rally as of April 8, 2019. In the beginning of April, Chinese stocks notched their best performance in a year. The CSI 300 index, composed of major companies listed in Shanghai and Shenzhen, has reached its highest level since March 2018.

The latest Asian Development Outlook 2019, ADB’s flagship economic report, said China’s economy is forecast to grow 6.3 percent in 2019 and 6.1 percent in 2020. The ADB report noted that consumption was the main driver of growth in 2018, contributing 5 percentage points, underscoring China’s move away from investment-led growth toward a more sustainable consumption-driven model.

The number of unicorns – start-up companies with a valuation of more than $1 billion – that have emerged in Beijing since 2012, according to CB Insights. Shanghai, on the other hand, accounts for 11 unicorns in that same time period. Over the past six years, Beijing’s startup companies alone have received $72 billion in funding, ranking the second highest in the world.

On the threat of U.S tariffs on auto imports

“I think it’s pretty clear that any automobile tariff would likely have bigger knock-on effects through the global economy than what we see from the US-China conflict.” WTO Chief Economist Robert Koopman

On growth in China

On climate change and natural gas

“There is no realistic achievable plan to address the climate change problem that doesn’t involve natural gas.” Mike Wirth, Chairman and CEO, Chevron, speaking at the 19th International Conference & Exhibition on Liquefied Natural Gas in Shanghai