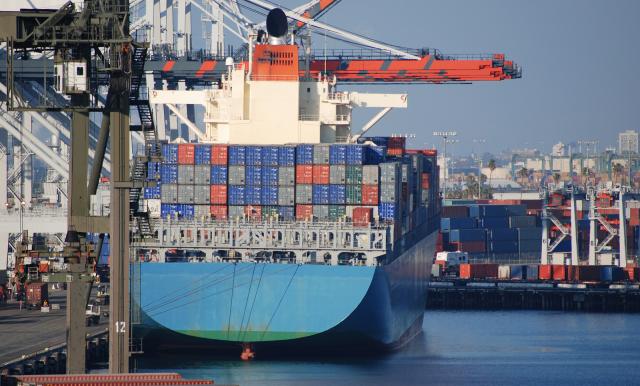 Every year, the Journal of Commerce, the world’s leading publication on global shipping and logistics, publishes its Top 100 U.S Importers and Exporters (paywall) guide. It’s a great insider look at U.S trade and globalization from the company level. It measures imports and exports as expressed in container ship volumes – through which the vast majority of global trade is conducted. It should come as no surprise that Wal-Mart took the crown as America’s largest importer, though it may surprise you to know that Koch Industries, the Wichita-based conglomerate, is America’s top exporter of goods via container ship.

Deep into the standings, I was struck by two companies headquartered in the Middle East that made the list: Almarai and Dubal.

Riyadh, Saudi Arabia-based Almarai came in at #77 on the Top 100 Exporters list. Anyone who has spent time in Saudi Arabia knows Almarai. It’s the leading dairy producer and a major foodstuffs exporter across the Middle East and South Asia. National Geographic Television even did a documentary about Almarai’s massive dairy mega-factory.

But what was Almarai doing in the Journal of Commerce U.S Exporters list?

So I did a bit of digging, and it seems that its recent purchases of farmland in California and Arizona has begun to pay off with large-scale alfalfa production. Alfalfa is hard to grow in Saudi Arabia’s climate, and the government grew tired of subsidizing the crop for major dairy producers like Almarai, so they told companies like Almarai to go out and find their own alfalfa. That’s when Almarai went out and bought some US farmland. This article in the Guardian outlines some of the controversies, challenges, and opportunities of Almarai’s investments.

So, Almarai buys farmland in the U.S, grows alfalfa hay in large quantities, packs them into shipping containers for the long journey to Red Sea ports in western Saudi Arabia and feeds the bale to cows on Almarai dairy farms. How’s that for global supply chains? More on this story later.

The second company that caught my eye was Dubal America. They ranked as #72 on the Top 100 importers list. Dubal America is, according to its website, a “wholly owned subsidiary of Dubai Aluminium PJSC (“DUBAL”) and a member of the Emirates Global Aluminium (“EGA”) group of companies. DAI is the sole distributor of the aluminium products manufactured by Dubal and Emirates Aluminium Company Limited PJSC (“EMAL”) in North America.”

It’s worth noting that Emirates Global Aluminum is owned equally by Abu Dhabi-based Mubadala and Investment Corporation of Dubai, and represents a rare example of Abu Dhabi Inc. joining hands with Dubai Inc. to consolidate and build a better global company than the separate entities that existed before the merger.

Emirates Global Aluminum is the sixth largest aluminum producer in the world, and sources a good deal of its bauxite — the aluminum raw feeder — from sub-Saharan Africa. They have invested in a $1.4 billion bauxite project, administered by the Guinea Aluminum Corporation, wholly owned by EGA.

So, again, a story of our global supply chains – bauxite from Africa to the UAE, processed and refined into aluminum ingots, and sent to the United States to be sold to companies ranging from the aerospace to the food industry. More on this later too.

In fact, Dubal America imports more container ship volumes into the United States than — are you ready for this? — Starbucks.