From “Made in Hong Kong” to Re-Exported from Hong Kong 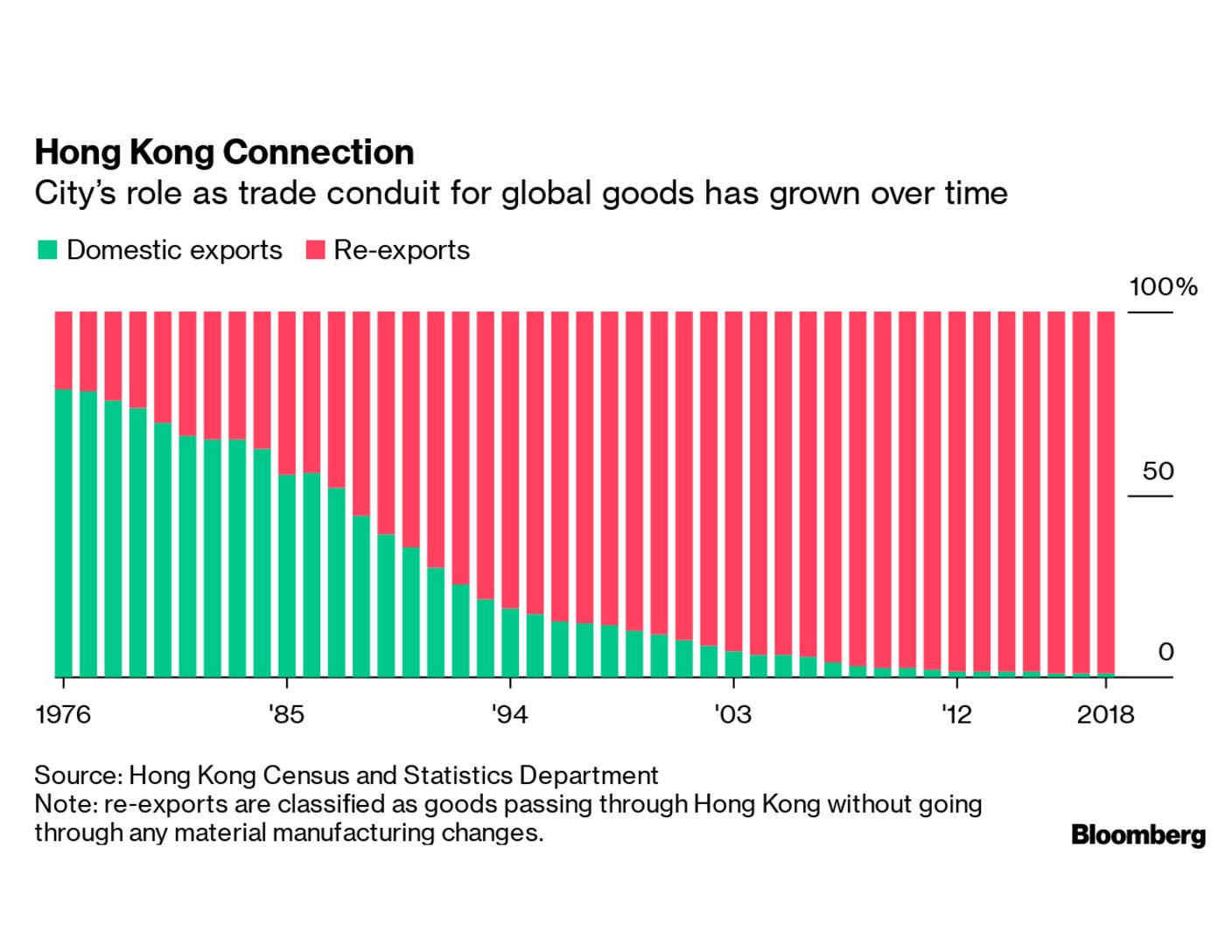 If you are of a certain age (at least 40), you will remember many of the toys you grew up with had a familiar label on them: “Made in Hong Kong.” Gradually, however, as production shifted from Hong Kong to southern China, that ubiquitous “Made in Hong Kong” label quietly disappeared and gave way to “Made in China.”

Bloomberg’s Terms of Trade has a good post and chart (see above) on how Hong Kong exports today are primarily re-exports, mostly of “Made in China” goods. “Where once the workshops of Kowloon churned out low-price merchandise for sale around the world, nowadays the manufacturing is done across the border in Guangdong province,” the blog post notes. “That means almost all the goods Hong Kong sells are actually made somewhere else.”

This leaves Hong Kong more vulnerable to global headwinds even as protests have rocked the city. “Weaker global demand and the impact of the U.S.-China trade war have hit Hong Kong’s cross-border commerce at the same time as domestic economy is crippled by months of political protest. In October, exports shrank 9.2% from a year earlier, while imports dropped 11.5%, according to data released Tuesday.”