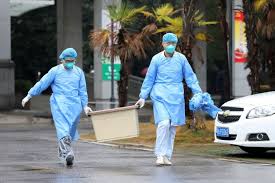 A column by Oliver Stelling, a Dubai-based strategic communications adviser. Oliver has spent more than 20 years working with corporate and government clients in the fast-moving markets of China, Southeast Asia and the Middle East.

The Coronavirus: High Stakes and a Potential for Breakthroughs

The initial response to the novel coronavirus (2019-nCoV) outbreak in Wuhan was all but inadequate. By taking full control Beijing accepted as much, moving fast to correct the record. The stakes couldn’t be higher given the downside risk and upward potential for China’s reputation.

It’s one of those favorite presentation openers by Western consultants: “Wéijī is Chinese for crisis and composed of two characters: danger and opportunity”. An acknowledgment of the situation and a motivating call to action – and not entirely accurate. Wéijī translates to “danger at a point of juncture”.

China reached that point during the last week of January. At the outset of the coronavirus outbreak local authorities in Hubei province downplayed the threat, causing widespread anger and rising doubt about any public information, especially the accuracy of reported cases.

Things got worse when the mayor of Wuhan admitted that 5 million residents had slipped out of the city before the lockdown came into effect. Then Hubei’s governor appeared at a press conference without that mandatory face mask and also botched a simple question about the province’s annual mask production. More and more citizens took to the internet, expressing their anxiety and unrestrained frustration.

Within the last few days, the number of confirmed cases skyrocketed and now stands at roughly 28,000. All is in flux but it looks as if 2019-nCoV is more contagious though less lethal than SARS, the 2003 epidemic that lasted for nine months.

Days before the sudden spike, President Xi Jinping delegated the crisis response to party central leadership under Premier Li Keqiang. In reprimanding local authorities he acknowledged public concerns and sent a clear signal that he accepts responsibility. Xi then made his strongest statement, declaring that China will defeat the ‘devil’ virus.

Most observers agree that Beijing will halt the spread of the virus in due course. Xi is obviously in charge of everything in China and his political fate is linked to passing tests like this. He will crush that devil. The question is how will the Chinese public and the world judge his measures?

There are two big incentives to mobilize all assets: the economy, already under pressure from decreasing global demand and the trade war with the United States cannot afford the devastating impact of an epidemic that drags on as long as SARS. And if Xi’s crisis management does show quick results there is significant potential to shift global perception just as anti-China sentiment is on the rise.

Beijing has much to gain from showing it’s serious about global collaboration. For once it would add proof to all stated foreign policy objectives such as promoting international relations and the building of a community with a shared future for mankind.

One top priority is to ensure that all measures are not only efficient but also well received and perceived, both domestically and on the global stage. This requires a thoughtful, strategic and pragmatic approach to public information and international communications.

Battling misinformation will be one of the very first tasks. When there is no or insufficient information someone else will always fill that void, adding public confusion to the original crisis. This is not a problem that only China faces. In 2014, the United States reported a few Ebola cases. The Centre for Strategic and International Studies (CSIS) just recalled that moment when “hysteria erupted that was aggravated by 24/7 cable news and slow and ineffectual high-level communications and coordination.”

The Chinese are a highly social media savvy people and usage numbers are climbing rapidly. In 2020, one out of two Chinese (740.9 million to be precise) will be an active user of social networks. Chatrooms on Weibo and WeChat are flooded with conspiracy theories and rumours but also genuine frustration, anguish and anger. Government calls for restraint were simply dismissed. That should be enough to give pause and realize that trust cannot be enforced but must be earned.

One way to advance that goal is to connect official media with trusted (and ideally media-trained) spokespeople, empowered officials and subject matter experts – in this case researchers and medical professionals. Once reliable third parties endorse the narrative trust levels go up.

The positive reaction was not long in coming for Beijing’s recent move to invite the World Health Organisation (WHO) to the country. The Lancet, a leading medical journal just cited the WHO’s chief Tedros Adhanom Ghebreyesus who praised China for its transparency, data sharing, and quick response.

Another important factor is time. Though local authorities reacted slowly, central Chinese health authorities immediately went into high gear and finished the genome sequencing within a month. By publishing the genetic make-up of the virus China enabled epidemiologists around the globe to study the disease.

While the need for timely and efficient action is self evident, it is equally important to be compassionate about those most affected by travel bans and lockdowns. Containing an epidemic is more than a numbers game; it’s about real people. Any perceived shortfalls in mitigating the hardship of necessary measures bears the risk of creating the next social media outrage.

The Upward Potential for China’s Reputation

I started this piece citing the West’s fascination with wéijī as the supposed Chinese way of seeing upsides in any crisis. Semantics aside, the coronavirus is indeed everything you may wish to read into wéijī: a danger in any scenario, a point of juncture and an opportunity; not just for China but all stakeholders.

It’s too early to predict the precise human, social and economic cost of the novel coronavirus but the impact is high and already felt globally. Entire supply chains are being disrupted. Airlines are cancelling flights to China. The tourism sector and retailers are taking a serious hit. Stock markets will remain volatile for some time.

As the number of infections keeps rising in and outside China it becomes abundantly clear that the world has a strong self-interest in helping China. And herein lies an opportunity no one is talking about.

The more international collaboration Beijing invites to combat the virus, the more likely it is that China’s global perception will see a gradual shift from rival toward partner. That could open doors for fresh starts and renewed talks on the most contested issues where trust is central.

Dealing with such outbreak would be an enormous challenge for any government. Beijing has shown determination and will succeed eventually. If it focuses on rebuilding trust and confidence in the process chances are it will succeed even faster.

This is the time for China and its critics to put all other differences aside, hear the other side out whilst trying to better understand one another. There is never a downside in talking. Just many upsides, for the fight against 2019-nCoV and beyond.

Oliver Stelling is a Dubai-based strategic communications adviser. He has spent over 20 years working with corporate and government clients in the fast-moving markets of China, Southeast Asia and the Middle East.