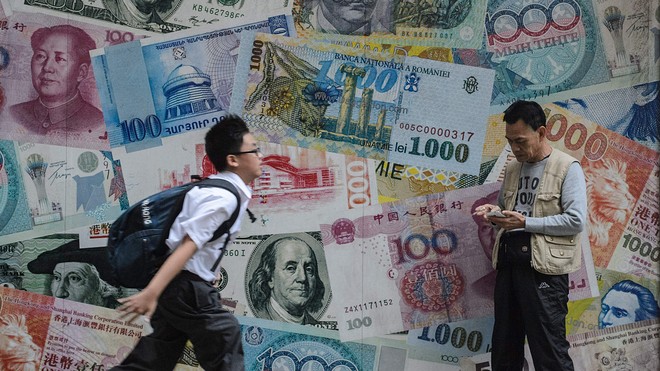 Emerging market currencies across Asia are feeling the pinch from the Covid-19 pandemic, with values in some places falling to levels not seen since the 1998 Asian financial crisis.

An Asian currency stress test by a leading European bank discovered the most trouble brewing in the following countries, according to a report by Nikkei Asian Review:

Global corporates and asset managers are fleeing to the dollar amid the Asian currency declines. According to Nikkei Asian Review, the Indian rupee has fallen to a record low and “the Indonesian rupiah fell to a level not witnessed since the currency’s nadir during the Asian crisis in 1998.” Meanwhile, the Thai baht and Malaysian ringgit have dropped 11% and 8% respectively this year, according to the report.

Excerpts from the article below:

“So far, the pressure has come from foreign investors liquidating emerging market assets and converting the proceeds into the greenback. But dealers are concerned a surge in infections might lead to panic and push corporations and the wider populace to lose faith in their own currencies.”

‘What’s going on is basically corporates hoarding dollars to meet their commitments as activity grinds to a halt and funds sell off in Asia,’ said Singapore-based Khoon Goh, head of Asia research at Australia & New Zealand Banking Group. ‘It’s a bit like, you know, households hoarding toilet paper. In normal times, that’s enough for everybody. But if everybody wants to hoard it at the same time, they have a shortage.’

To be sure, the dollar squeeze has been felt globally, with the dollar index, which measures the greenback’s strength against a basket of currencies, gaining 7.5% since March 9. Aware of the risk, the U.S. Federal Reserve last week established U.S. dollar liquidity arrangements with nine global central banks. Four from the Asia-Pacific region — Australia, New Zealand, Singapore and South Korea — were included, while Hong Kong, also a dollar hub for emerging markets, was ignored.

‘The economic gloom is palpable but I can’t remember the last time we were flooded with requests from company treasurers and portfolio managers seeking the dollar,’ said a Hong Kong-based trader at a U.S. bank. ‘It’s been one-way traffic though and I certainly have burnt some long-term relationships. The markets are such that I can spare very few favors.’
Goldman Sachs estimates foreign investors have sold $26 billion in emerging Asian markets since the January peak, making it the fourth-largest capital flight from such markets since 2002.