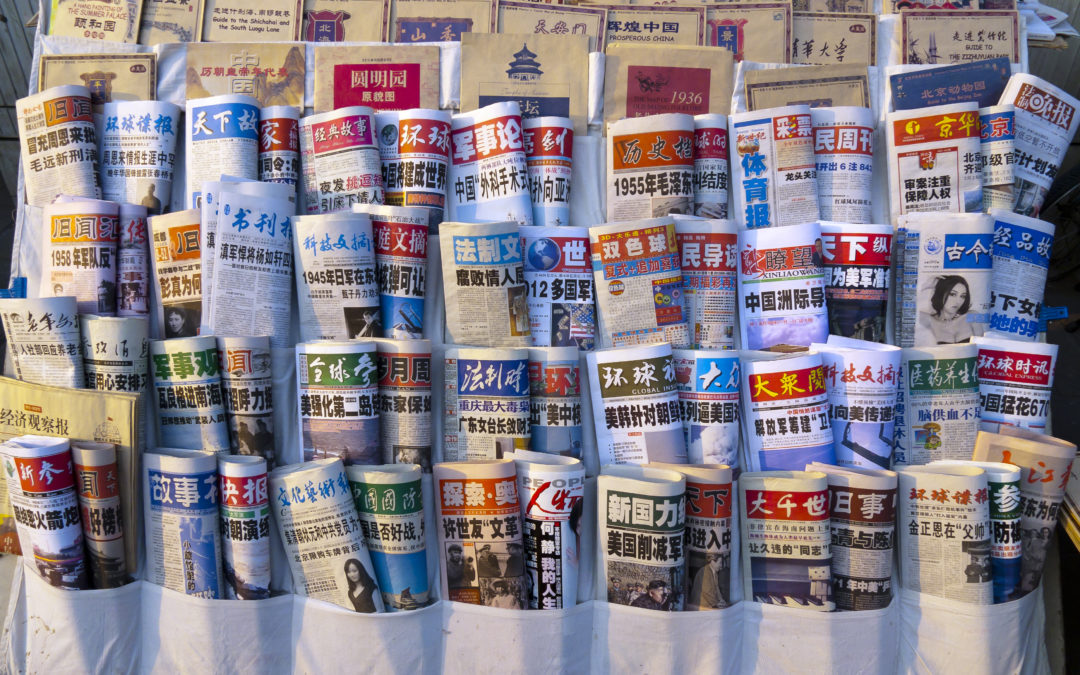 CHINA/Equities – “Luckin Coffee Inc’s shares crashed more than 75 percent after the company revealed an internal investigation that alleged its COO was involved in 2.2 billion yuan ($310 million) in fabricated transactions over the past year. he company, a so-called rival to Starbucks Corp in China, said on April 2 the internal probe revealed the aggregate sales amount associated with the fabricated transactions from the second quarter of 2019 to the fourth quarter of 2019 amounted to around 2.2 billion yuan,” China Daily reports.

REGIONAL/ADB Report – “Regional economic growth in developing Asia will decline sharply in 2020 due to the effects of the novel coronavirus (COVID-19) pandemic, before recovering in 2021, according to the Asian Development Outlook 2020, the Asian Development Bank’s (ADB) annual flagship economic publication. Excluding Asia’s high-income newly industrialized economies, growth will drop from 5.7% to 2.4% this year before recovering to 6.7% next year, says ADB. Nine Asian economies that rely on tourism and commodities are likely to shrink, the ADB said, and the hardest hit would be Thailand,” Thailand Business News reports.

REGIONAL – “The World Bank is estimating that the coronavirus outbreak will cause economic growth to slow significantly this year in China and other East Asian-Pacific countries, throwing millions into poverty. Under a worse-case scenario, the region could suffer its sharpest downturn since a devastating currency crisis more than two decades ago, the bank said in an updated forecast,” Japan Today reports.

S. KOREA/Korean Air – “Korean Air Lines issued a desperate plea for government support Thursday, arguing shared interest and alluding to economic catastrophe if no direct funding is provided. ‘The airline industry is a basic industry that supports a country’s fundamental,’ the company said in a statement. ‘Considering that Korea relies highly on imports and exports, Korean industries could collapse if the airline industry falls,'” Korea JoongAng Daily reports.

HONG KONG/HSBC – “HSBC chief executive Noel Quinn sent a letter to each of the bank’s shareholders in Hong Kong on Friday to explain the lender’s decision to cancel its dividend this week and reassure investors of its strong capital position. The unusual step of writing directly to the bank’s shareholder base in the city came after a torrid three-day stretch that saw about US$15 billion shaved off the company’s market capitalisation after the bank cancelled its final interim dividend for 2019 and said it would not pay a dividend for at least the first three quarters of the year,” South China Morning Post reports.

JAPANA/ANA – “Japanese airline group ANA Holdings Inc. has asked the government-affiliated Development Bank of Japan and private financial institutions to set up credit lines totaling ¥1.3 trillion, it was learned late Friday. With its revenue from passenger flight services tumbling due to a plunge in demand blamed on the coronavirus pandemic, the company aims to make sure that it can secure loans whenever a need arises through the credit lines as the fight against the new virus could take time, according to sources familiar with the matter,” Japan Times reports.

SINGAPORE – “Manufacturing in Singapore fell to its lowest level since 2009 last month. With factories trying to limit their losses from a recession caused by the coronavirus pandemic, a spike in job cuts is a real risk. The Singapore Purchasing Managers’ Index (PMI) declined 3.3 points to 45.4 in March, said the Singapore Institute of Purchasing and Materials Management (SIPMM). It was the second contraction in a row and the lowest reading since February 2009 when the index was at 45 points, SIPMM said in a statement on Friday (April 3),” Singapore Straits Times reports.

THAILAND – “The Thai economy is forecast to shrink by 4.8% by Asian Development Bank (ADB), 5.6% by Siam Commercial Bank’s Economic Intelligence Center (EIC) and 5% by Standard Chartered Bank (Thai), heading for its deepest contraction since the financial meltdown of 1998. ADB predicts GDP to contract by 4.8% in 2020 before recovering to 2.5% in 2021, the bank said in a recent report,” The Bangkok Post reports.

MALAYSIA/Palm Oil – “Malaysia’s palm oil inventories for March likely slipped below February’s end-stocks to 1.65 million tonnes, as better than expected exports offset a small rise in output likely disrupted by the coronavirus pandemic, a Reuters survey showed. March stockpiles likely fell 1.9% from the previous month, its lowest since June 2017, according to the median estimate of nine planters, traders and analysts polled by Reuters,” Reuters/Edge Markets reports.

PHILIPPINES – “The Asian Development Bank (ADB) downgraded its growth forecast for the Philippine economy this year because of the effects of the coronavirus disease 2019 (Covid-19) pandemic on the country. ‘Economic growth is projected to fall to 2 percent in 2020 before a strong recovery to 6.5 percent in 2021, assuming the Covid-19 outbreak is contained by June of this year,’ the Manila-based multilateral lender said in its Asian Development Outlook 2020 report on Friday,” Manila Times reports.

VIETNAM –  Market research firm Fitch Solutions estimates Vietnam’s GDP will grow at its lowest paces in 34 years at 2.8% this year. The growth rate forecast by Fitch Solutions, a unit of credit rating firm Fitch Group, is the lowest since 1986 when the country opened its economy to the world after decades of war,” VNExpress reports.