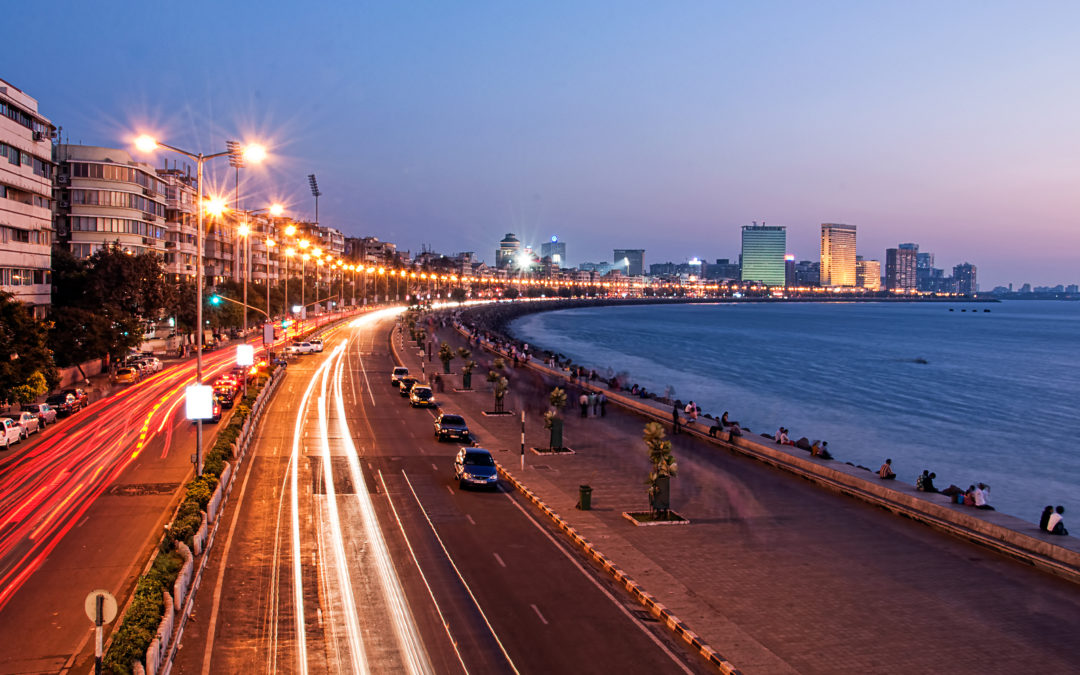 Pakistan/Capital Flight – “Over 79 per cent of all foreign investment in the country’s capital markets — including bonds and equities — has fled the country in the last 40 days. The State Bank of Pakistan’s (SBP) latest data issued on Thursday showed the pace of outflows from the country’s treasury bills, Pakistan Investment Bonds (PIBs) and equity markets has accelerated,” Dawn reports.

Pakistan/IMF – “Pakistan is going to get $1.4 billion from the International Monetary Fund (IMF) next week to boost its foreign exchange reserves and get some budgetary support in the wake of the economic slowdown due to the coronavirus pandemic. The government requested the IMF last month for a low-cost, fast-disbursing loan under the fund’s Rapid Financing Instrument (RFI) to deal with the adverse economic impact of COVID-19,” Financial Daily reports.

India/Coronavirus– “Despite India reporting nearly 200 COVID-19 deaths in last one month, the country’s death rate of about 3% is lower than the global rate, and also much lower than several European countries like the UK, Italy and Spain, according to some medical experts. India had reported its first COVID-19 death from Karnataka on 10 March. Suggesting that a relatively young Indian population may be one of the reasons for the low mortality rate due to the pandemic, experts have attributed the high number of fatalities in countries like Italy and Spain to their elderly population which are more susceptible to developing complications after contracting the infection,” LiveMint India reports.

India – “As many as 400 million Indians, including migrant workers and daily wage earners, are at risk of being pushed deeper into poverty because of the covid-19 pandemic, the International Labour Organization (ILO) said. The Geneva-based body’s warning comes at a time when the coronavirus outbreak continues to spread across India and a complete relaxation of the lockdown post April 14 looks bleak,” LiveMint India reports

Sri Lanka/Hambantota – “Sri Lanka’s Hambantota Port, run by China’s CM Ports group said it has stocked up on bunkering fuel to supplyto supply ships passing the island as the global shipping industry is hit by the fallout of Coronavirus. Bunkering operations are run with Chinese petroleum firm Sinopec,” EconomyNext reports.

India/Tycoons – “The only Indian tycoon whose net worth is unscathed as the deadly coronavirus roils markets worldwide can thank nation’s hoarders with millions scrambling to stock up on staples amid the world’s biggest isolation effort. The net worth of Radhakishan Damani, who controls Avenue Supermarts Ltd., has surged 5% this year to $10.2 billion, singling him out as the only billionaire with gains among the 12 richest Indians whose wealth is tracked by the Bloomberg Billionaires Index. Shares of Avenue Supermarts, which contribute nearly all of the wealth to Damani’s net worth, have advanced 18% this year,” Hindustan Times reports.

Bangladesh/IMF  – “Bangladesh is seeking $700 million in financial backing from the International Monetary Fund after rolling out its biggest-ever stimulus package. The government hopes the move will prevent the coronavirus pandemic from ravaging its trademark macroeconomic stability,” Nikkei Asian Review reports.

Australia/N. Zealand – “Australia and neighboring New Zealand, almost unique among anglophone countries, have so far been successful in largely suppressing the spread of Covid-19 within their countries, and in particular, keeping deaths low. Australia, with a population of 25 million, has had just over 6,000 infections, and 50 deaths. New Zealand, a country of 5 million people, which closed its borders the day before Australia, has had 1,200 infections and so far only one death from Covid-19,” The Guardian reports.

Oil Markets – “Opec and non-Opec oil producing countries at a crucial ministerial meeting held via a video conference on Thursday agreed to slash oil output by a massive 10 million bpd until July, and a further eight million bpd cut through the end of 2020. And after much wrangling, Mexico – the lone nation resisting any deal during the marathon talks – finally agreed, thanks to intervention from US President Donald Trump, who  “generously” agreed to cut American oil output by an additional 250,000 bpd to help Mexico contribute to global reductions, his Mexican counterpart said,” Dubai-based Khaleej Times reports.

World Trade – “The decline in world trade due to Covid-19 will likely exceed the trade slump brought by the global financial crisis of 2008‑09, the World Trade Organization (WTO) said on Wednesday, with merchandise trade expected to decline 13-32% in 2020 due to the Covid-19 pandemic. ‘These numbers are ugly – there is no getting around that,’ said WTO Director-General Roberto Azevêdh,” Economic Times of India reports.

Iran/IMF – “Iranian authorities have called on the International Monetary Fund (IMF) to accelerate processing Tehran’s request for an emergency loan which it requires for fighting a pandemic. The governor of the Central Bank of Iran (CBI) Abdolnaser Hemmati said on Thursday that the IMF is expected to consider Iran’s request for a $5 billion loan under its Rapid Financing Instrument (RFI), a mechanism which is available to all member countries facing an urgent balance of payments need,” Iran Daily reports.

Indonesia/Food Supply – “Food supply in Indonesia could be put at risk during the coronavirus pandemic as fewer farmworkers might be available to work the country’s rice fields while the government might also find it hard to import other staple food as exporting countries withhold supplies for domestic use, a local economic think tank has warned,” Jakarta Globe reports.

East Africa/Locusts – “The locust WhatsApp hotline has been pinging nonstop as farmers and herders across large swathes of rural Kenya send in video clips of massive swarms flying overhead, blocking the light of the sun like a Biblical plague. This infestation of desert locusts first arrived in East Africa last June, feeding on hundreds of thousands of hectares of crops and pastureland and chomping a path of destruction through at least eight countries (Kenya, Uganda, South Sudan, Ethiopia, Somalia, Eritrea, Djibouti and Sudan). Scientists say these devastating insects never left East Africa: in fact, favorable wet conditions due to above average rainfall this season means they are likely to achieve two generations of new breeding by June this year, increasing their population size up to 400 times,” Quartz Africa reports

Kenya/Safaricom – “Peter Ndegwa has started his tenure as Safaricom chief executive officer with a vote of confidence from investors after the company’s stock gained 1.7 per cent on his first day in office. A day after the telco closed its financial year that ends on March 31, Mr Ndegwa heads a company that is the heartbeat of trading at the Nairobi Securities Exchange (NSE) and which must keep re-inventing to maintain its position as East Africa’s most profitable company,” The East African reports.

Oil Market – “Oil market fundamentals have reached ‘horrifying’ levels following the spread of the coronavirus pandemic, with global storage capacity expected to be exhausted by May, Opec’s secretary-general told ministers at an emergency meeting on Thursday. ‘The supply and demand fundamentals are horrifying; the expected excess supply volumes on the market, particularly in the [second quarter of 2020], are beyond anything we have seen before,’ Mohammed Barkindo said in his opening remarks at a virtual conference of Opec and non-Opec producers,” Abu Dhabi-based The National reports.

Thailand – “Shutdowns from the pandemic could trigger a tsunami of job losses in Thailand especially for employees who don’t have a regular salary, low-paid workers and people without a written contract. The Joint Standing Committee on Commerce, Industry and Banking (JSCCIB) says that as much as 7 million workers could be out of a job by June because of shutdowns from the pandemic,” Thailand Business News reports.

Malaysia – “Growth in private consumption will likely drop sharply, due mainly to the movement control order (MCO), which was imposed since March 18 following the Covid-19 pandemic, BIMB Securities Research said. In a report issued on Friday, it said from a short-term point of view, flagging consumer sentiments due to the virus outbreak will weigh on private consumption,” Kuala Lumpur-based Star reports.

Sri Lanka/Reserves – “Sri Lanka’s gross official reserves were 7.5 billion US dollars (USD7,525.7mn) by the end of March, down from 7.9 billion US dollars in February, the latest Central Bank data showed. By the end of March, the foreign currency reserves were 7,119.1 million dollars while the reserve position in the IMF was 65.3 million dollars,” Lanka Business Online reports.

S. Africa/Eskom – “Debt-stricken power company Eskom told investors it does not need to approach the government for more support, even as a Covid-19-related national shutdown slashes revenue. The company needs to raise R89bn this year and R56bn of that will come from an existing state bailout, CEO Andre de Ruyter and CFO Calib Cassim said on the call, according to investors who listened to it,” South Africa’s Business Day reports.

S. Africa/Coronavirus – “South Africa’s president Cyril Ramaphosa and ministers will take a 33% pay cut for the next three months, and the money will be diverted towards social and economic relief measures to help the country weather the Covid-19 pandemic. Ramaphosa on Thursday said the country would extend its original 21-day national lockdown, instituted on Mar. 27, until the end of April,” Quartz Africa reports.

Seychelles/Coronavirus – “Seychelles will from midnight on Wednesday shut down non-essential services and restrict the movements of people for 21 days to prevent the spread of Covid-19. All shops including restaurants, take-away-food outlets will remain closed except grocery stores and pharmaceuticals the statement said.The announcement comes after a 26-year-old Seychellois man, who works as a ground handling staff at the international airport, tested positive for coronavirus on Monday, bringing the nation’s total cases to 11,” CGTN reports.