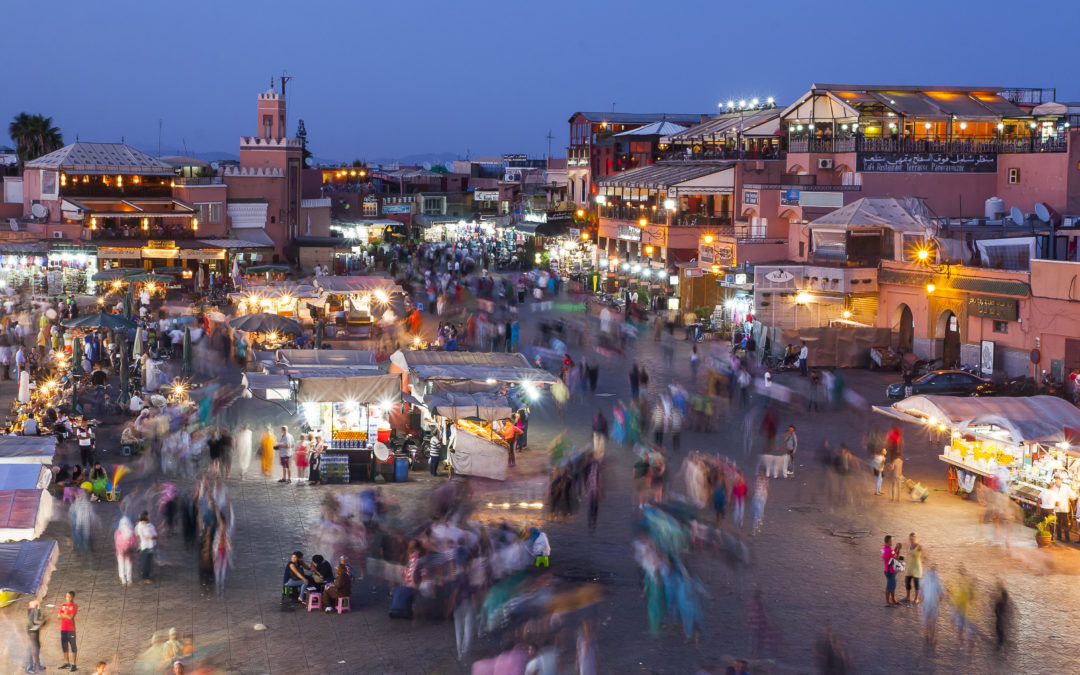 Morocco – “State fund CDG said that the losses due to coronavirus could amount to $5.4 billion with Morocco expecting a recession in 2020,” The North Africa Post reports.

Bahrain/Investcorp – “Investcorp, a Bahrain-headquartered global alternative investment manager, has announced the first closing at $275 million, of its Asia food brands private equity platform. The platform is jointly owned and managed by Investcorp, China Resources, one of the world’s largest owners and distributors of food brands in Greater China and Fung Strategic Holdings Limited, a member of Fung Investments, the private investment arm of the families of Victor and William Fung,” Asharq Alawsat reports.

Saudi Arabia/E-Commerce – “Online payments in the Kingdom jumped by more than 400 percent in the first quarter of 2020 compared to the same period last year, the Saudi Press Agency (SPA) reported — an indication of a significant shift toward online shopping in the wake of the COVID-19 crisis. The number of online payments reached 7.3 million, valued at SR1.79 billion ($475.81 million),” Arab News reports.

Oman/Budget – “Oman’s finance ministry has told all government agencies to cut their operating budgets by at least 10 percent this year to counter a slide in oil prices, including by reviewing salaries and benefits. The move comes after the government cut the budget allocated to government agencies for 2020 by 5 percent last month in response to the financial challenges the oil-exporting nation faces,” Reuters/Al-Arabiya reports.

Syria/Remittances – “As much of the world remains confined to their houses, Syrians in the diaspora are struggling to generate income and find ways to send money back home. ‘I’ve been trying to send my family $300 for weeks now, but can’t figure out how,’ a Syrian from Damascus who is living in Jordan and asked for their name not to be mentioned told Syria Direct. Usually, the Damascene would ask a friend traveling to Syria to transport the money for them, but after the closure of the Syria-Jordan border crossing, that is no longer an option,” Syria Direct reports.

Iran/Covid-19 – “Iran’s death toll from the new coronavirus outbreak in the country has reached 4683, Health Ministry spokesman Kianush Jahanpur said in a statement on state TV. Ninety-eight people have died in the past 24 hours, he said,” Reuters reports.

UAE/Aviation – “Air Arabia and Etihad have no plans to delay the launch of a low-cost Abu Dhabi-based airline in a joint venture – but the timing will depend on market conditions, an Air Arabia spokesman said on Tuesday. Air Arabia Chief Executive Adel Ali said in November that the airline would be operational in the second quarter of 2020. However, the new coronavirus outbreak has since brought international travel to a near halt,” Reuters/Gulf News reports.

UAE/Retail – Dubai-based retail giant Majid Al Futtaim, which operates Mall of the Emirates, has waived rent fees for its tenants for the duration of the Covid-19 government mandated store closures. In a statement to Arabian Business, it said it is keen to help retailers retain working capital while the shopping malls are closed,” Arabian Business reports.

Jordan – “Jordan’s banks responded to central bank calls to cut interest rates charged to small and medium sized firms and individuals feeling the effects of the coronavirus crisis on Monday with a 1.5 per cent reduction from the end of April. Monday’s interest rate move announced by Jordan’s Banking Association, which represents commercial banks, follows prodding by the central bank after monetary authorities cut key benchmark interest rates in mid-March to 2.5 per cent from 3.5 per cent,” Reuters/The National reports.

Regional/Sukuk – “The sukuk market will see a significant reduction in issuance volumes in 2020. The drop in oil prices and restrictions related to the COVID-19 pandemic will take a toll on important sectors in core Islamic finance countries, including in real estate, hospitality, and consumer-related businesses, S&P Global Ratings noted yesterday The rating agency believes that government measures will result in lower issuance from both corporate entities and central banks. In addition,  most government issuers may turn to conventional bond markets rather than issue sukuk as they grapple with the impact of weaker economic environment on their budgets,” The Peninsula reports.