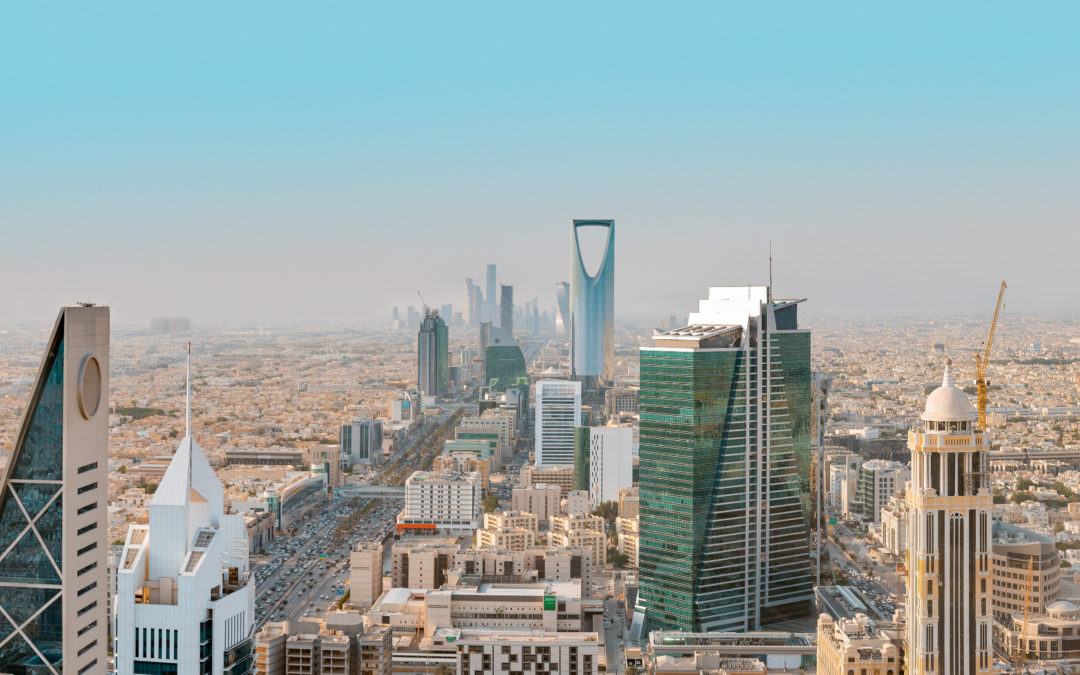 Regional Outlook – “The Middle East and North Africa economy will contract by 3.3 percent this year, the biggest slump in four decades, hammered by the coronavirus and low oil prices, the IMF said on Tuesday. In its World Economic Outlook, the International Monetary Fund said that the damage would be much worse than the region’s last major shock, the 2008-09 global financial crisis, when it managed to post modest growth,” AFP/Arab News reports.

Oil Price – “Oil fell 4% towards $28 a barrel on Wednesday, pressured by reports of persistent oversupply and collapsing demand due to global coronavirus-related lockdowns and a lack of coordinated oil purchases for strategic storage. The International Energy Agency (IEA) on Wednesday forecast a 29 million barrel per day (bpd) dive in April oil demand to levels not seen in 25 years and said no output cut could fully offset the near-term falls facing the market,” Reuters reports.

Shipping/Hormuz Security – “A Hong Kong-flagged handy product tanker at anchorage in Fujairah was boarded by armed men yesterday and told to head to Iran, a flare-up of tensions in the Strait of Hormuz not seen for a number of months. Security consultants Ambrey report that four skiffs carrying armed personnel came alongside the ship moored in the vicinity of Fujairah Outer Anchorage and ordered the crew to lower a ladder, then embarked. Prior to the incident, the handysize tanker had been displaying on AIS that it was destined for Al Jubail, Saudi Arabia. However, this destination was then changed to Iran. The vessel then moved within three nautical miles of the port of Kooh Mobarak, Iran,” Splash247 reports.

Libya Economy – “The forced decline in oil and gas production has caused the loss of more than $ 4.1 billion USD since January 17th, with current oil production in Libya down at 80,510 barrels per day, the National Oil Corporation (NOC) has said,” The Libya Observer reports.

Iran/IMF – “The International Monetary Fund is still assessing Iran’s request for $5 billion in emergency financing in a process which is taking time partly because of the IMF’s limited engagement with Tehran in recent times, a senior IMF official told Reuters. Iran, the Middle East country worst affected by the new coronavirus outbreak, approached the IMF last month to request the $5 billion from its Rapid Financing Initiative, an emergency programme that aids countries faced with sudden shocks such as natural disasters,” Reuters reports.

GCC Bonds – “The bond market in the GCC remains resilient despite the coronavirus pandemic, with issuance from the region likely to top $100 billion this year, according to Franklin Templeton. The fund manager, which at the beginning of this year forecast issuance by Gulf sovereign and corporates entities would hit $95bn this year, has revised its estimate higher to $105bn, Mohieddine Kronfol, chief investment officer for global sukuk and Mena fixed income, told a media conference call on Wednesday. Any local currency issuance, which stood at $40bn last year, would be in addition to foreign currency deals, he noted,” The National reports.

UAE/NMC – “ADCB has initiated criminal legal proceeding with the Attorney-General in Abu Dhabi against a number of individuals in relation to NMC Health Group, the UAE’s largest healthcare operator…The charges relate to a missing $4 billion plus that was taken out by NMC Health from local and international banks — and without any of that amount figuring in the company’s books,” Gulf News reports.

Oman – “Oman told ministries and other government units to cut spending further and announced measures to support the private sector and safeguard Omani jobs from the impact of the coronavirus outbreak, state media said on Wednesday. The finance ministry directed all ministries and civilian government units to reduce approved liquidity for development budgets by 10%. It said state companies would no longer be set up for business activity, giving priority to the private sector,” Reuters/Zawya reports.

Iran/Hotels – “The new coronavirus disease, also known as COVID-19, has inflicted 30 trillion rials ($187 million) in losses on hotels, the Iranian Hoteliers Association estimates. Hotels in Iran, in addition lodgings and guesthouses, have had to shut down since the spread of COVID-19, as they were among the first to be affected by the outbreak,” Financial Tribune reports.

Saudi/Newcastle Utd – “A potential takeover of English Premiership side Newcastle by a Saudi Arabian-backed group appeared to move closer on Tuesday after legal documents were lodged with the UK’s regulator of companies. But several other proposed bids to buy the club from Mike Ashley have all come to nothing during the controversial British businessman’s 13 years as owner of the northeast side,” Arabian Business reports.

Egypt Economy – “It wasn’t unexpected, but the ban on visitors to Egypt’s famed Pyramids amid the coronavirus pandemic still came as a shock to souvenir vendor Sayed el-Gibri and other tourism workers. As the virus spread, the government stepped up preventive measures, culminating in a ban on all international flights in and out of the country. There was little el-Gibri could do. ‘Everything collapsed in a flash,’ he said as he stared at the almost empty ancient complex in Giza, just outside of Cairo. The worldwide pandemic could financially drown the vulnerable in Egypt. The partial lockdown threatens the livelihoods of many of Egypt´s 100 million residents, one of three of whom were already living in poverty, according to government figures,” Asharq Al-Awsat reports.

Egypt/Wheat – “Egypt, the world’s largest wheat buyer, bought a smaller quantity of wheat than anticipated on Tuesday at a rare international purchasing tender held as the country’s local buying season of the grain begins. The state grain buyer said on Tuesday it bought 120,000 tonnes of Russian wheat as the country looks to bolster its strategic reserves amid the coronavirus outbreak,” Ahram Online reports.