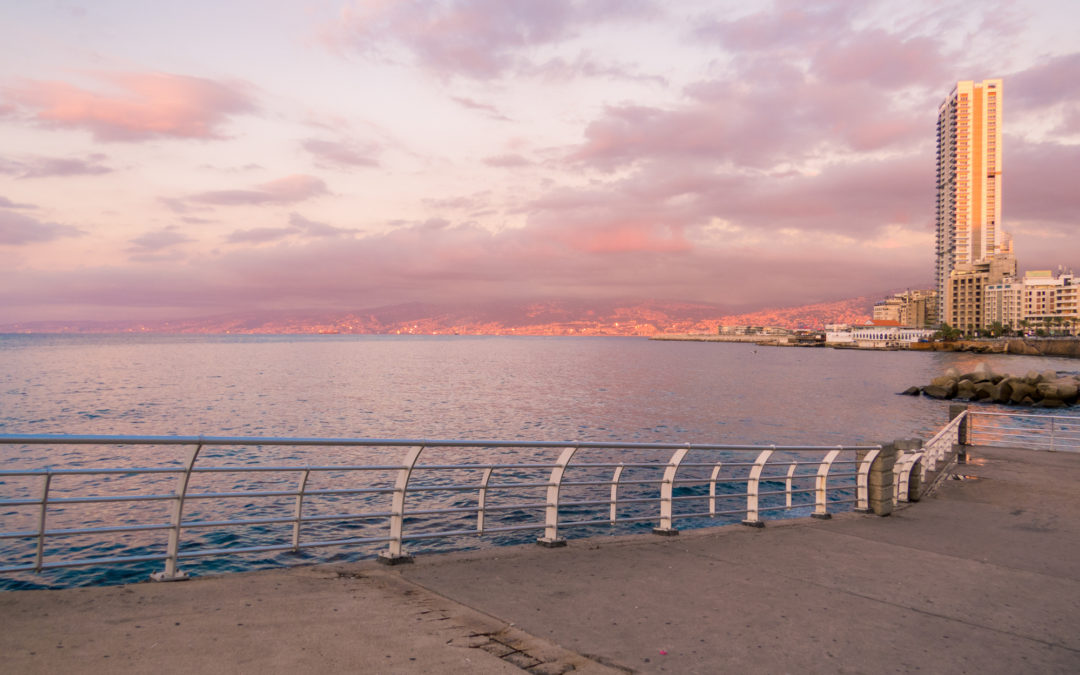 Lebanon Economy – “The IMF has projected that Lebanon’s gross domestic product will contract 12 percent in 2020, the largest contraction since the end of the country’s 15-year civil war. Lebanon is currently in the midst of ongoing financial and currency crises, and the coronavirus pandemic and subsequent lockdown has further damaged the country’s wilting economy. The country saw a 6.5 percent contraction in 2019, according to the International Monetary Fund’s World Economic Outlook titled ‘The Great Lockdown’ published in April. In 1990, the year Lebanon’s civil war came to a close, the GDP growth backslid 13.4 percent, according to IMF data,” Al-Arabiya English reports.

Regional – “Debt levels, unemployment and budget deficits will spike as the Middle East endures a coronavirus-led recession, piling pain on economies already hit by conflicts and an oil price slump, the IMF said on Wednesday. Almost all countries in the Middle East and North Africa will see their economies contract as they lose hundreds of billions of dollars in revenues, the global lender said,” AFP/Jordan Times reports.

Saudi Arabia Bonds – Saudi Arabia’s Ministry of Finance (MoF) announced that the kingdom’s bond sale to raise $7 billion has been heavily oversubscribed. The dollar-denominated bond was more than 7 times oversubscribed with total orders amounting to more than $54 billion, MoF said in a statement. The kingdom has issued a total of $7 billion, consisting of three tranches,” Zawya reports.

Aviation/Etihad – “Etihad Airways will operate a reduced network of scheduled passenger flights from May 1 to June 30, subject to UAE government travel restrictions being lifted, and the carrier aims to gradually return to full schedule as controls are lifted globally. ‘The monumental challenges being faced by all airlines, and our customers, have been beyond measure,’ Tony Douglas, group chief executive, Etihad Aviation Group, said in a statement on Thursday. ‘However, we remain cautiously optimistic and will push ahead with our plans to resume normal flying, while striving to better serve and support our customers and our employees,'” The National reports.

Egypt Economy – “The International Monetary Fund’s (IMF) Director of the Middle East and Central Asia Department Jihad Azour said on Wednesday that the economic reform program Egypt launched prior to the coronavirus pandemic has helped it absorb economic shocks, uplift economic growth rates, and boost the country’s banking sector. Azour said that the tourism and export sectors, as well as Egyptian expat remittances, which are a key source of hard currency for the country, are the most affected by the crisis,” Ahram Online reports.

UAE/China – “The ongoing coronavirus pandemic will likely be a catalyst for Dubai and the UAE to diversify its supply chain beyond China, with which it has been largely reliant, according to a senior official from the Dubai Future Foundation (DFF). At the moment, China is the UAE’s leading trade partner, accounting for more than 9 percent of the UAE’s non-oil trade. According to Peter Noack, the DFF’s executive director for future foresight and imagination, the Covid-19 pandemic and supply chain disruptions from China may lead to the UAE and other countries re-assessing the diversify of its suppliers and trade partners,” Arabian Business reports.

Oil Demand – OPEC on Thursday again slashed its forecast for global oil demand this year due to the coronavirus outbreak and said the reduction may not be the last. The Organization of the Petroleum Exporting Countries now expects global demand to contract by 6.9 million barrels per day, or 6.9%, in 2020, it said in a monthly report. Last month, OPEC expected a small increase in demand of 60,000 bpd,” Reuters reports.

GCC Oil/India – “India will divert 19 million barrels of Gulf oil from state-run firms to strategic petroleum reserves (SPRs), skipping direct purchases from producers to help refiners get rid of extra oil as their storage is full, three sources said. India’s decision to divert cargoes meant for state refiners will not soak up excess oil from the market following the demand collapse caused by the coronavirus pandemic, but it will help local companies to avoid demurrage charges at a time of expensive freight,” Reuters/Arab News reports.

Iran/Covid-19 – “Iran’s official death toll from the new coronavirus rose by 92 to reach 4,869 on Thursday but a parliamentary report said the actual number could be much higher. Health Ministry spokesman Kianush Jahanpur, speaking on state television, also said the total number of cases of people infected with the coronavirus has reached 77,995. However, a report by the Iranian parliament’s research centre suggested that the coronavirus tolls might be almost twice as many as those announced by the health ministry,” Reuters reports.

Iran – “Almost five billion dollars of the Islamic Republic’s money is missing, says the Director of the Supreme Audit Court of Iran (SAC), Adel Azar. Based on the official rate of 42,000 rials for one dollar, the Islamic Republic government distributes billions of cheap dollars among local importers to buy essential goods from overseas. Many of these importers are politically well-connected individuals,” The Baghdad Post reports.

Tunisia Economy – “Tunisia’s vital tourism sector could lose $1.4 billion and 400,000 jobs this year due to the coronavirus pandemic, an official document showed, as the country seeks a loan guarantee from bilateral partners to issue sovereign bonds this year. In a letter sent to the International Monetary Fund (IMF) that was reviewed by Reuters, Tunisia’s central bank governor and finance minister said the country’s economy would shrink by up to 4.3 percent, the steepest drop since independence in 1956,” Reuters/Arab News reports.