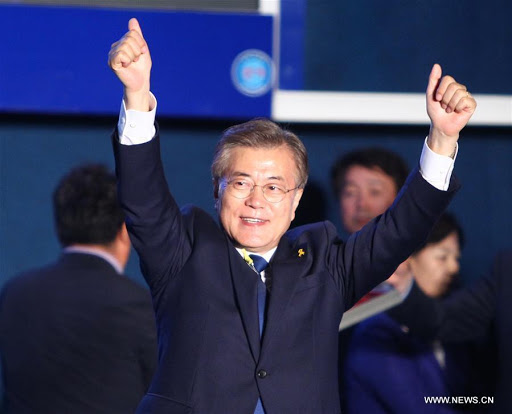 Genera Election – “The ruling bloc achieved a sweeping victory in the general election, Wednesday, winning nearly three-fifths of the 300 National Assembly seats. The landslide win has made the Democratic Party of Korea (DPK), and its ‘satellite’ offshoot Civil Together, an unprecedented political presence that will be able to pass any bill without the cooperation of other parties ― except for constitutional revisions that require a two-thirds majority ― a huge boost for the Moon Jae-in administration,” Korea Times reports

Economy – “The landslide victory of the ruling Democratic Party of Korea (DPK) in Wednesday’s general election will give an impetus to President Moon Jae-in’s key economic policies, such as income-led growth, fiscal expansion and control over chaebol, according to economic experts, Thursday. Amid growing concerns over the COVID-19 pandemic’s impact on the economy, the experts said the government will keep trying to play a bigger role after garnering nationwide support,” Korea Times reports.

Politics – “The ruling Democratic Party (DP) of President Moon Jae-in won a landslide in Wednesday’s general elections, securing a solid majority in the 300-member National Assembly with a satellite party. The DP and Citizen Party (CP) won 180 seats, the first time since Korea introduced its current political system in 1987 that any single political group has won three-fifths of the legislature – enough to pass any bills other than a constitutional amendment,” Korea JoongAng Daily reports.

Politics – “This year’s parliamentary elections in South Korea, held amid the COVID-19 pandemic, solidified the dominance of its two major parties but laid bare the deep-rooted regionalism and saw a record number of female candidates taking constituencies. Although electoral reforms led to the overcrowding of the field, with 35 parties putting forward candidates, the race was between the governing Democratic Party and the main opposition United Future Party, and the former came out with an unprecedented sweep of 180 seats out of 300 up for grabs,” Korea Herald reports.

General Election – “South Korea’s left-leaning ruling party won a landslide victory in Wednesday’s general election, partial results showed, after the coronavirus pandemic turned the political tide in President Moon Jae-in’s favor. The country uses a mix of first-past-the-post seats and proportional representation, but even before all the individual constituencies were decided, Moon’s Democratic party had taken 163 seats in the 300-member National Assembly, an absolute majority. Its sister party was expected to win another 17 proportional representation seats — due to be declared later Thursday — for a total of 180,” AFP/Japan Today reports.

General Election – South Korea’s ruling party has secured a landslide victory in the parliamentary elections, in what is viewed as a huge boost to the power of President Moon Jae-in. Data from the National Election Commission yesterday showed that the liberal Democratic Party (DP) and its affiliated Together Citizens’ Party won a combined 180 seats in the 300-member Parliament, a majority that will allow it to push through most Bills. This is the largest majority that any party has won since 1987,” Singapore Straits Times reports.

Economy – “If South Korea’s president can leverage his success fighting the coronavirus to help his party win Wednesday’s elections, it could give him fresh momentum to reshape an economy reeling from the pandemic. Moon Jae-in’s success in containing one of the first flashpoints of the virus outside China has revived his approval ratings and will likely help his Democratic Party of Korea keep control of the National Assembly. The crisis has also brought Moon’s opposition closer to him in support of economic stimulus, with the only big question now being the amount,” Bloomberg/Japan Times reports.