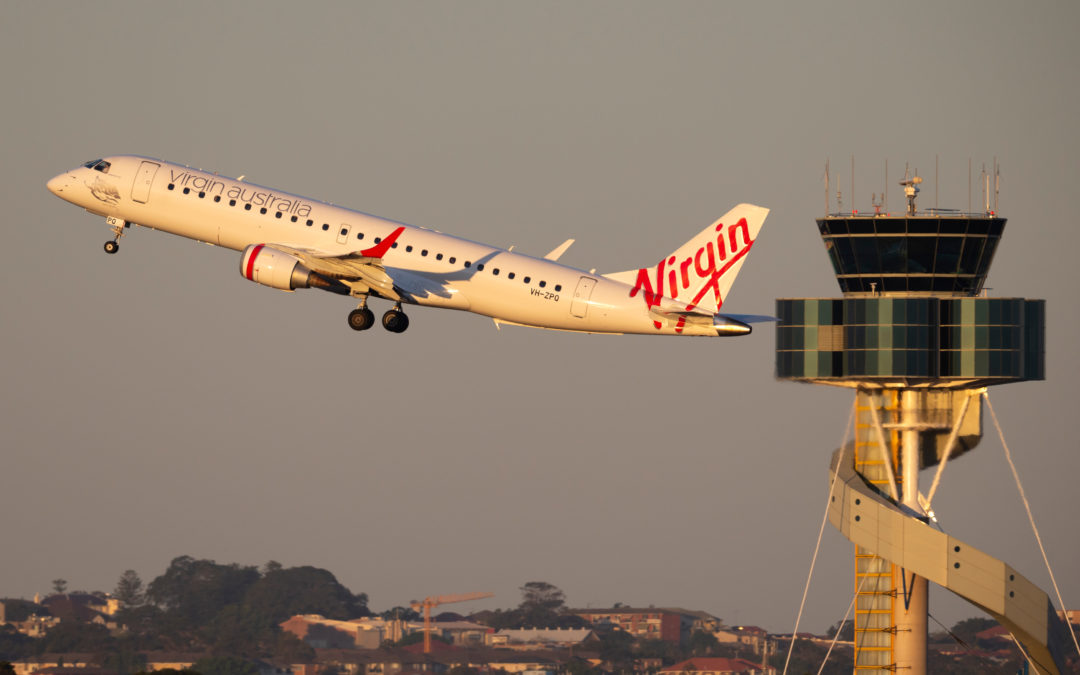 Virgin Australia – Virgin Australia became the nation’s biggest corporate casualty of the coronavirus, calling in administrators after the outbreak deprived the debt-burdened airline of almost all income. Deloitte will take control of the company, the Brisbane-based airline said in a statement Tuesday. The administrators will be tasked with finding new investors to inject capital, reorganising borrowings or getting a buyer in an attempt to save the business,” South China Morning Post reports.

South African Airways – “Approximately a year ago at the Air Cargo Africa 2019 in Johannesburg, South African Airways’ (SAA) Group CEO Vuyani Jarana (who ended his term on July 31, 2019), shared different contours of the work in progress for saving the terminally ill company to Logistics Update Africa. But the lack of commitment to fund SAA by the government systematically undermined the implementation of the strategy, making it increasingly difficult to succeed. Now, SAA is planning to lay off its entire 4,700 employees, compelling to ground the 86-year-old national carrier,” Logistics Update Africa reports

Virgin Atlantic – “Virgin Atlantic needs government support to survive the coronavirus crisis, the airline’s founder warned today. In a 20 April blog post, Virgin Group founder Richard Branson writes: ‘Together with the team at Virgin Atlantic, we will do everything we can to keep the airline going – but we will need government support to achieve that in the face of the severe uncertainty surrounding travel today and not knowing how long the planes will be grounded for,'” FlightGlobal reports.

United Airlines – “United Airlines on Monday reported a $2.1 billion pre-tax loss between January and March, the first U.S. carrier to place a dollar amount on first quarter carnage, a period in which demand went from strong to nearly non-existent within weeks because of a once-in-a-century global pandemic. First quarter generally is weakest for U.S airlines, but United has in recent years been making money, reporting $367 million in profit in the first three months of last year. As recently as January, executives expected another strong quarter, reporting reasonable demand in most markets, including China,” Skift reports.

Airlines Global – “Airlines have been mauled by COVID-19 and the industry has cried out for help from governments to survive a crisis that could cripple a key sector of the economy. As countries closed their borders and resorts shut down for an indefinite period, airlines grounded their planes and furloughed thousands of workers. In early April, global traffic was 80 percent below the same period a year earlier, quashing recent forecasts that the number of airline passengers would double within 20 years with annual growth of three to four percent,” AFP/Le Journal de L’Aviation reports.

China Airlines – “Two of China’s largest airlines have warned of a ‘substantial loss’ for their first-quarter financial results. Both China Eastern and China Southern Airlines flagged the financial hit in their monthly traffic results for March, where they note that even with ‘timely measures’ taken to mitigate the coronavirus outbreak, a financial loss was inevitable,” FlightGlobal reports.

India Airlines –  “India won’t allow commercial flights to operate until it is confident that the coronavirus outbreak is under control, the aviation minister said, piling further pressure on the country’s cash-strapped airlines,” Bloomberg/Gulf News reports.

Aircraft – “The Covid-19 pandemic has emptied the skies of busy traffic, posing an additional challenge to cash-strapped airlines to find enough tarmac space and maintain grounded jets in top shape for an eventual return to service. About 64 per cent of the world’s 26,000 passenger planes are currently grounded, according to data provider Cirium, as the coronavirus devastates air travel demand and unleashes the worst peacetime crisis in the aviation industry’s history,” The National reports.

South African Airways – “Approximately a year ago at the Air Cargo Africa 2019 in Johannesburg, South African Airways’ (SAA) Group CEO Vuyani Jarana (who ended his term on July 31, 2019), shared different contours of the work in progress for saving the terminally ill company to Logistics Update Africa. But the lack of commitment to fund SAA by the government systematically undermined the implementation of the strategy, making it increasingly difficult to succeed. Now, SAA is planning to lay off its entire 4,700 employees, compelling to ground the 86-year-old national carrier,” Logistics Update Africa reports

Etihad Airways – “Abu Dhabi’s Etihad Airways plans to start scheduled passenger services on May 1 under a reduced schedule to remain in place until June 30, subject to the status of United Arab Emirates travel restrictions, the company announced Thursday. Meanwhile, Etihad has revised the launch date of its inaugural service to Vienna from May 22 to July 1. Etihad continues to operate a growing schedule of repatriation flights and special cargo services carrying perishables, pharmaceuticals, and medical supplies. The airline has repatriated nearly 600 UAE nationals on return services,” Aviation International News reports.

Emirates/Covid-19 – “It was only a matter of time. Emirates is now officially the first airline to test passengers for the coronavirus before they board. Though most nations remain in some form of lockdown, and air travel has slowed to a near halt, the company took the reduction in traffic as an opportunity to begin its testing program this week. Beginning with a flight that left from Dubai headed for Tunisia, the first blood tests were administered by the Dubai Health Authority to passengers with results rendered in 10 minutes,” RobbReport reports.

Singapore Airlines – “Covid-19’s grounding of airlines worldwide has ensured that only the fittest and best-supported fliers will survive. With rich government backing, Singapore Airlines Group (SIA) is well-positioned to ride out the turbulence and boost its post-pandemic global market share. Singapore is now estimated to have the world’s largest number of idle aircraft after global travel restrictions forced SIA to ground 96% of its approximately 200-plane fleet on March 23. With infections sharply rising in the city-state and elsewhere, it is unclear when normal operations will resume,” Asia Times reports.

Ethiopian Airlines – “Ethiopian Airlines on Tuesday announced it had lost $550 million in revenue since January attributable to the coronavirus pandemic. Ethiopian Airlines CEO, Tewolde Gebremariam, said the airlines were forced to suspend passenger flights to 91 international destinations due to the global pandemic,” The East African reports.

China Aviation – “Airlines in China reported a total loss of 33.62 billion yuan (US$4.8 billion) in the first quarter as the coronavirus pandemic hit travel demand, the country’s aviation regulator said yesterday. In February, the airlines suffered a record loss of 20.96 billion yuan as large parts of the country remained on lockdown amid efforts to curb the spread of the virus,” Shenzhen Daily reports.

ANA Holdings – “Japanese airline ANA Holdings on Monday slashed its annual net profit forecast by 71 percent over massive falls in demand and major cancellations caused by the coronavirus pandemic.For the past fiscal year to March 2020, the firm said it now expects a net profit of 27 billion yen ($194 million), down from an earlier projection of 94 billion yen,” Japan Today reports.

Garuda Indonesia – “National flag carrier Garuda Indonesia is cutting its employee salaries by 10 to 50 percent from this month to June as the company struggles to stay afloat amid pressures from a broad-based slump in traveling activities. Garuda president director Irfan Setiaputra said the company resorted to salary cuts to maintain business sustainability as the coronavirus pandemic has hit travel-related businesses hard,” The Jakarta Post reports.

Lion Air – “Thai Lion Air is reducing its workforce again amid the freezing of its business due to the coronavirus outbreak in the country. The airline informed its staff in a statement last week that almost 120 employees with less than a year’s experience would be let go on the understanding that they would be the first priority for recruitment in the future if business returns to normal,” Bangkok Post reports.