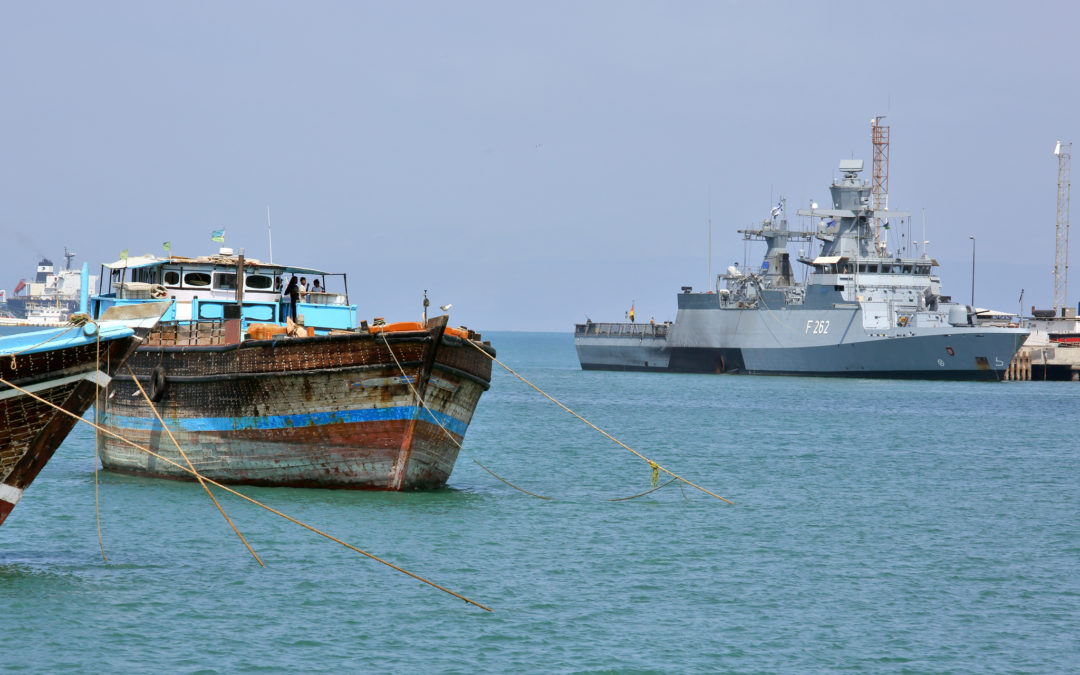 Yemen/Flood – “Flash floods caused by heavy rains have hit Yemen’s interim capital, Aden, leading to a power outage and city-wide immobilization. Eight people, including five children, have been killed and dozens injured, officials said. The deaths take the national toll to at least 15 after the United Nations said that seven other people were killed by flooding in the north, where the country’s long conflict is raging between the government and the Iran-backed Houthi militias,” Asharq Al-Awsat reports.

Yemen/Flooding – “Heavy thunderstorms that brought flooding and damaging winds to parts of the Arabian Peninsula earlier in the week are being blamed for multiple casualties in the region. A storm system swept across the Arabian Peninsula on Monday and Tuesday, sparking thunderstorms that produced flooding downpours, gusty winds and frequent lightning strikes across the region,” AccuWeather reports.

Sudan/Covid-19 – “With just a few hundred ventilators and international aid slow to materialise, Sudan’s fledgling government knows it has an uphill battle against a coronavirus pandemic that has brought far richer countries to a standstill. The number of cases of the novel coronavirus is still small and doctors say they are able to cope so far, but they are concerned that a healthcare system that has been underfunded for decades will not be able to cope if numbers spike,” The New York Times reports.

Sudan/Food Security – “Food security in Sudan faces new challenges as the government takes restrictive measures on stemming the spread of the novel coronavirus. The measures have greatly affected producers especially those working in the agriculture sector, which represents 44% of the Sudanese economy,” Asharq Al-Awsat reports.

Eritrea – “Eritrean president Isaias Afwerki has delivered his first public address on the coronavirus pandemic since the country recorded index case on March 21. In a message broadcast via public broadcasters, Eri-TV and Radio Dimtsi Hafash, he likened the COVID-19 pandemic to a sudden war that the world least expected and was thus not fully prepared for,” AfricaNews reports.

Eritrea/Ethiopia – “Ethiopia has stopped granting automatic asylum to Eritreans entering the country. The United Nations and aid groups say the previously unannounced policy change, which went into place about three months ago, put Eritreans trying to flee the country at the mercy of unscrupulous human smugglers. For years, Ethiopia had an ‘open-door’ policy towards refugees from countries such as South Sudan and Eritrea, earning it widespread acclaim among international donors,” New Delhi Times reports.

Djibouti Floods – “In the night between 20 and 21 April, Djibouti city received 80 mm of rainfall in few hours (half of the annual average), triggering widespread flash floods. Heavy rains also occurred in other areas of the country, causing some damages,” ReliefWeb reports.

Egypt/Subsidies – “Egypt plans to cut spending on fuel subsidies by 47% in its 2020/21 budget to 28.193 billion Egyptian pounds ($1.8 billion), an explanatory note for its draft budget published showed. It allocates 52.963 billion pounds for fuel subsidies for the 2020/21 fiscal year. Last December, Egypt’s Minister of Petroleum Tarek al-Mala said that support for petroleum products fell to 7.250 billion pounds ($451.4 million) in the first quarter of the fiscal year 2019-2020, compared with 13 billion pounds estimated in the budget, compared to 23.25 billion pounds a year ago,” Asharq Al-Awsat reports.

Yemen War – “A two-week ceasefire in Yemen announced by a Saudi-led military coalition expired on Thursday without leading to a permanent truce, raising fears that the country’s war will grind on and shatter its already weakened ability to combat coronavirus,” Reuters reports.

Yemen/Hodeidah – “Pro-government Yemeni health workers launched a wide-scale sanitation and disinfection campaign in the war-ravaged port city of Hodeidah on Tuesday, as part of preventive measures to fight COVID-19 in the impoverished Arab country. According to a local official, who asked to remain anonymous, the Saudi-backed Yemeni government funded an initiative to sanitize many residential areas where poor families are living in Hodeida,” Xinhua reports.

Egypt/Tourism – “Tourism and medical sources in the Red Sea governorate on Saturday announced the end of quarantine for employees at hotels and resorts in Hurghada. These tourism staff concluded the entire period of quarantine which began since the facilities were first closed, the sources said, confirming that none of them had the coronavirus,” Egypt Independent reports.

Saudi/Red Sea Project – “The developer behind Saudi Arabia’s Red Sea Project has begun phase one of its operations breaking ground on the construction of a 1.5 million sq. meter coastal village area which will house workers, staff and management of the mega-city project…The Red Sea Project is a planned megacity on Saud Arabia’s western coast and will cover 28,000 sq. km in total area including 200 km of coastline. The city will welcome its first visitors by the end of 2022 and will be fully completed by 2030,” Saudi Gazette reports.

Djibouti Climate – “Once known as French Somaliland, and later the French Territory of the Afars and the Issas, the tiny country of Djibouti on the Horn of Africa gained independence in 1977. Roughly the size of Wales, it lies at the southern entrance of the Red Sea, opposite Yemen, and is bordered by Eritrea, Ethiopia and Somalia…Though this is not a world record, Djibouti city is one of the hottest inhabited places on the planet, with an average year-round temperature of 28.5C (83F),” The Guardian reports,

Tourism – “Since everything is going virtual now because of the social distancing measures that people have adopted to try and contain the spread of the COVID-19 pandemic, why not add virtual hiking to the list! Red Sea Mountain Trail announced that today marks the first days of its 50-day-long virtual hike thru, with pictures, maps, and stories of the land they cover. The Red Sea Mountain Trail normally takes 10 days to walk, so every 5 days, their official Facebook page will publish a post about a day on the trail,” ScoopEmpire reports.