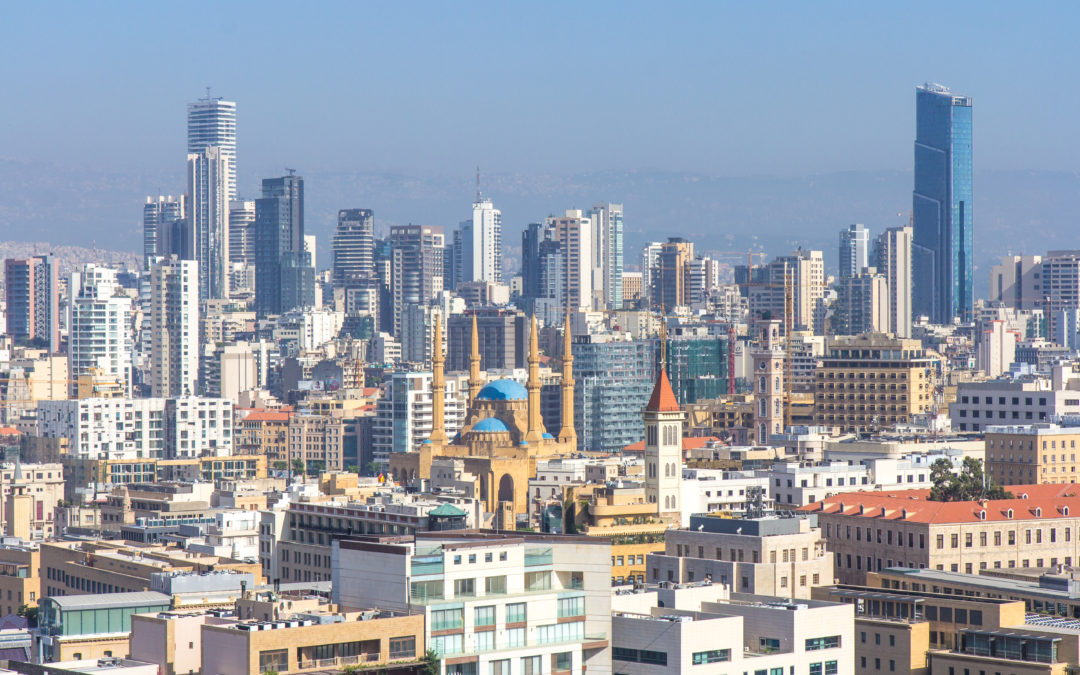 Lebanon Unrest – “Protests against growing economic hardship erupted in Tripoli and spread to other Lebanese cities on Tuesday, with banks set ablaze after a night of rioting that left one demonstrator dead, according to security and medical sources. A collapse in the currency, soaring inflation and spiralling unemployment are convulsing Lebanon, in deep financial crisis since October. A shutdown to fight the new coronavirus has made matters worse for the economy,” Reuters reports.

Abu Dhabi Aviation – “Wizz Air Abu Dhabi, which will be the emirate’s second low-cost airline, plans to start operations by the fourth quarter this year, foreseeing no delays on its plans. The company said its strong cash position as well as a UK government-backed loan meant the group remained in a healthy position despite challenges faced by the industry after the COVID-19 pandemic brought travel to a complete halt,” Gulf News reports.

Iran/Covid-19 – “Iran’s daily coronavirus caseload rose by 12.2% on Tuesday while overnight deaths dropped sharply by 26%, health officials announced. According to a Health Ministry tally gathered from the reports of laboratories and medical schools across the country, Iran has registered 1,112 new confirmed coronavirus cases on Tuesday, bringing the national total to 92,584, ISNA reported,” Financial Tribune reports.

Morocco Contraction – “Morocco’s planning agency revised downwards on Tuesday its growth forecast for the second quarter to -6.8 percent year-on-year instead of an earlier estimate of -1.8 percent as the coronavirus lockdown hit both foreign and domestic demand,” Reuters/Al-Arabiya reports

Dubai Tourism – “Dubai is aiming to reopen for tourists as early as July as it looks to gradually come out of a lockdown due to the coronavirus pandemic that disrupted tourism and air travel, according to its tourism chief. The return of tourism will happen in a staggered approach and may be pushed back until September, depending on when other countries ease travel restrictions, Helal Al Marri, director general of Dubai’s Department of Tourism and Commerce Marketing told Bloomberg TV on Tuesday,” The National reports.

Africa Free Trade – “The implementation of a mammoth African free trade agreement will not begin on July 1 as planned due to disruptions caused by the coronavirus outbreak, a senior official said on Tuesday. ‘It is obviously not possible to commence trade as we had intended on 1 July under the current circumstances,’ Wamkele Mene, Secretary-General of the African Continental Free Trade Area, said during a conference call,” Ahram Online reports.

Jordan/Covid-19 – “The World Bank approved a $20 million (Dh73.4m) project to help Jordan deal with the health effects of the Covid-19 outbreak. The Covid-19 Emergency Response project, part of a $6 billion global rapid response programme approved by the lender’s directors earlier this month, will support the Ministry of Health’s efforts in detecting and preventing the spread of the pandemic, as well as strengthening public health preparedness, according to a statement,” The National reports.

Abu Dhabi Ports – “Abu Dhabi Ports has installed Covid-19 testing facilities at Zayed Port and Khalifa Port to help safeguard maritime personnel in the emirate, it was announced on Tuesday. The new facilities – which were constructed in just one day – can process up to 700 tests a day. They are accessible to all Abu Dhabi Ports employees, contractors and subcontractors active in the ports,” Arabian Business reports.

Sudan Economy – “Sudan’s annual inflation rate has topped 80 percent, the government said Tuesday, as the country grapples with an acute economic crisis. ‘The annual inflation rate reached 81.64 percent in March, compared to 71.36 in February,’ the Central Bureau of Statistics said in a statement, attributing the rise to price hikes including on food,'” Asharq Al-Awsat reports.

Turkey Economy – “Turkey’s government aims to begin reviving the economy in late May after a sharp slowdown due to measures to contain the coronavirus outbreak, while minimizing the risk of a second wave of infections, a senior official said on Tuesday. Separately, the head of a group of Turkish malls – which closed their doors independently last month – said there were plans for a gradual reopening from May 11 depending on demand from retailers and approval from a health advisory board, Asharq Al-Awsat reports.