China and the US: Battle of the Digital Superpowers Heats Up 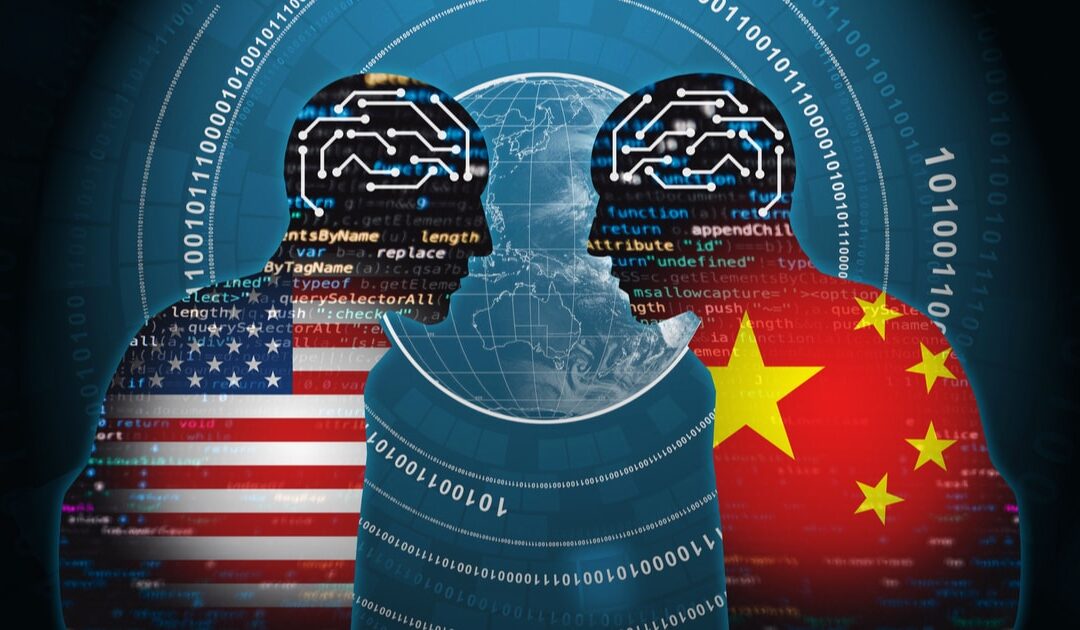 The advent of the internet has fundamentally reshaped society, the economy and global politics.

Its ubiquity has made the world a smaller place, democratizing knowledge and removing barriers to communication. As an inextricable part of daily life for billions of people, service providers collect and store troves of personal data, from the trivial – like information about an individual’s shopping habits – to the most intimate – like their bank details and social security numbers.

Like any major transnational phenomenon, the internet, and particularly the data stored within it, has created new threats to privacy, security and civic cohesion. As a result, it has become a key feature of the ever-intensifying geopolitical rivalry between the United States and China.

For decades, the United States and its rivals have been conducting cyber espionage and executing cyberattacks on each other. Perhaps most notably, the Chinese government has been accused of conducting (cyber-)espionage against Western countries, particularly the US. One of the most significant such attacks occurred in 2015, when Chinese intelligence agencies gained access to US government security clearance files by hacking into its Office of Personnel Management.

This revealed the personal details of nearly 22 million federal government employees and contractors, such as their foreign contacts, health histories and details about their personal relationships, including extramarital affairs.

Later that year, Chinese President Xi Jinping and US President Barack Obama announced that they had reached an understanding that their respective countries would refrain from conducting state-sponsored cyber attacks on each other while they negotiated international legal frameworks to regulate “appropriate conduct in cyberspace”. In practice, this agreement served as little more than an exercise in public relations to show superficial goodwill between the two countries.

The next major blow in this digital conflict was struck in 2017, when a cyber-intelligence wing of the Chinese military breached the servers of Equifax, one of the world’s largest consumer credit reporting agencies, and accessed the birthdates and social security numbers of over half of the American population.

This marked a distinct shift towards a new era in cyberwarfare and international relations; the Justice Department claimed that this information is valuable to the Chinese government, particularly its intelligence services, because it allows them to see if any known American government employees were struggling financially and would thus be susceptible to bribery.

In 2020, the Trump administration announced that it was considering banning TikTok, a popular video-sharing app, from the United States because of concerns that Beijing could easily access the personal information of American users through the app’s Chinese creator, ByteDance. It was recently revealed that ByteDance’s engineers in China could access US user data while their US-based counterparts could not.

Beyond its use in exploiting human vulnerabilities within a rival government, the mass collection of personal data can be used to tailor a country’s soft power and political interference campaigns; data about internet traffic is crucial to painting an accurate picture of a national zeitgeist, completely transforming the nature of intelligence-gathering.

For example, by identifying the content with which a specific group interacts, an actor can tailor its messaging to a target audience. In the past, aggregate data has been used to inflame tensions between groups and otherwise meddle in domestic politics, perhaps best exemplified by the Cambridge Analytica scandal and Russia’s interference in the 2016 American presidential election.

With nearly one billion users worldwide and ByteDance’s legal obligation to provide the Chinese government with user data, as well as its existing access to it, TikTok is a unique tool for the Chinese government to harvest the sensitive data of the app’s users. The app is banned in several countries, including India, whose government has cited privacy concerns as the reason for banning the app.

China’s stringent internet censorship makes it difficult for the United States to have an intelligence asset equivalent to TikTok but, from what can be gleaned from public information, it is still very active in its cyberespionage efforts. Chinese state media outlets have recently begun to publicise American cyberattacks in China and around the world, in an apparent effort to both position itself as a dominant figure in cyberspace and to drive a wedge between the United States and its allies, showing that no country is safe from American cyberespionage.

Amid this new era of great power competition, and as the New Cold War quickly heats up, both the United States and China will continue to exploit vulnerabilities in the other’s digital systems to grow their respective collections of personal data. Many of the world’s leading analysts and strategists note that the US-China rivalry is the dominant feature of contemporary geopolitics. As this competition intensifies, so too will the ongoing cyber warfare escalate.