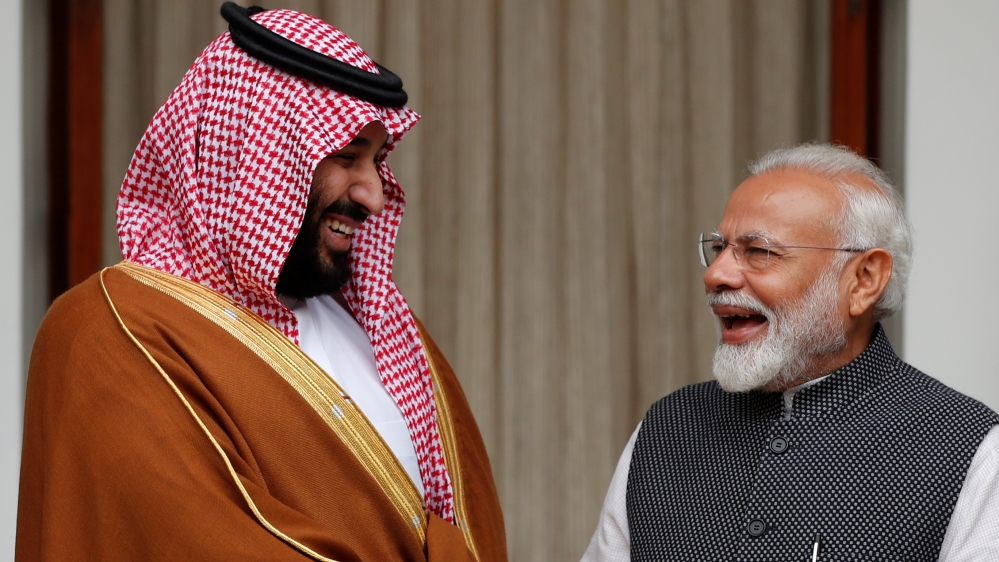 Saudi Arabia’s Crown Prince Mohammad bin Salman’s tour of China, India, and Pakistan has been described by many commentators as the Kingdom “tilting eastward.” The reality is, however, that Saudi Arabia has long viewed Asia as vital to its future and has been “tilting eastward” for more than a decade. Shortly after ascending to the throne in 2005, King Abdullah of Saudi Arabia chose China and India as his first two stops as head of state, and Saudi Aramco launched its Asia regional headquarters in Beijing as far back as 2012, while opening an office in Tokyo in that same year. In late 2017, Saudi Aramco opened two new offices, one in India, and the other in Singapore.

It is also worth remembering, amid all of the hoopla surrounding the China and India visits, that Japan and South Korea have been long-time partners of Saudi Arabia, major oil buyers since the 1970s and significant investors in the Kingdom. These are not new relationships, but ones built as all three countries were rising and developing. Saudi Arabia is the number one destination for South Korea’s foreign investment worldwide and, more recently, Saudi Arabia has made high profile investments in South Korean companies, including a $1.1 billion deal to acquire 38% of steelmaker POSCO.

As for South Asia, Saudi Arabia’s managerial ranks in banking, consulting, and major enterprises are heavily stocked with senior executives from Pakistan, while India has been a major oil buyer for at least a decade.

Still, while Saudi Arabia’s economic relations with key Asian countries have been growing ever since the rise of Asian economies (The Asian Century will be fueled by Arabian oil), the visit of the Crown Prince might be seen as a tipping point or at least a high octane accelerator of the Eastward shift. The kind of language used throughout the visit from all sides went beyond the usual diplo-speak toward talk of long-term strategic engagement laced with effusive praise. And the numbers and nature of the deals signed and agreements reached provide substance to the many bear hugs and smiling shots of the Crown Prince with senior Asian leaders.

Here’s a round-up of some of the key deals, quotes and MOUs signed during the three nation Asian tour.

Protocol: The Crown Prince arrived in Islamabad escorted by six Pakistani fighter jets and landing to a 21 gun salute. Pakistani Prime Minister Imran Khan broke protocol by personally driving Prince Mohammad bin Salman from the air base to the PM’s palatial complex, as seen in this video from Pakistan’s SAMAA TV.  The Crown Prince received Pakistan’s highest civilian honor, the Order of Pakistan.

Investments: Saudi Arabia pledged $20 billion in investments in Pakistan. The biggest investment and the most fully baked project seems to be the some $10 billion project to build a refinery and petrochemical plant in the port city of Gwadar on the Arabian Sea. The 300,000 b/d refinery and petrochemical complex will be a major boost to Pakistan’s energy security and will also boost the growth of Gwadar port, heavily financed by Chinese state enterprises.

People-to-People: The Crown Prince ordered the release of more than 2,000 Pakistani prisoners in Saudi jails, and he also announced the establishment of a hospital in Khyber Pakhtunwa in honor of the Pakistani hero, Ali Khan, who died while saving lives in flash floods in Jeddah in 2009.

“Pakistan is going to be a very important country in the future and we want to be sure that we are a part of that…We believe in our region and that’s why we are investing in it and we believe that one day we are going to have a great Middle East surrounded by Pakistan from the east side…our commercial relationship will grow every month and every year.” Crown Prince Mohammad bin Salman

Protocol: Prime Minister Narendra Modi broke protocol by personally receiving the Crown Prince at the airport. Normally, the PM would send a senior official to receive a foreign dignitary like the Crown Prince. A Foreign Ministry spokesman declared on Twitter that the Modi move heralded “A new chapter in bilateral relations” and boasted of “breaking protocol” accompanied by a photo of the two leaders clasping hands. India’s Congress Party blasted the Indian PM for the reception of  the Saudi Crown Prince shortly after his Pakistan visit. “By breaking protocol and welcoming Saudi Crown Prince Mohammad Bin Salman with such abundance – only hours after he promised billions to Pakistan – PM Modi has shown the country, the martyrs and every soldier in India what he thinks of their service [and] sacrifice,” the Congress Party tweeted.

Investments: Saudi Arabia announced a potential $100 billion in investments in India, signing accords on tourism, housing, broadcasting, and infrastructure, among others. Of course, the $100 billion figure is largely aspirational and time will tell if it comes anywhere close, but the most fully baked project in the pipeline is again from Saudi Aramco. The state oil giant has joined hands with Abu Dhabi National Oil Company (ADNOC) and several Indian oil companies to invest up to $44 billion to build a refinery in the western Indian state of Maharashtra. The deal has hit some political hurdles as the Chief Minister of Maharashtra state has called to relocate the refinery and some analysts are suggesting that the deal’s fate could be tied to upcoming national elections in India. Saudi Aramco officials also held talks with Indian refining giant Reliance Industries for future investments.

“The time has come to convert our energy relationship into a strategic partnership. The biggest refinery in the world (the proposed Maharashtra refinery) and Saudi participation in India’s strategic petroleum reserve elevate our relationship from a mere buyer-seller relationship…This visit has given new momentum to our age-old relationship.” Prime Minister Narendra Modi

Protocol: Unlike Pakistan and India, China chose to maintain correct protocol in receiving the Saudi Crown Prince. He was received according to his rank. I did not detect anything above and beyond.

Investments: Saudi Arabia has long been one of China’s top oil suppliers and has been the Middle Kingdom’s leading trade partner in the Middle East and Africa for 18 years. The two sides have engaged in strategic investments in the past, including  Saudi Aramco’s 25% stake in the Fujian Refinery and Petrochemical Complex, dating back to 2007. On this visit, the two sides announced a new strategic investment in a similar vein: a 300,000 b/d refinery and petrochemical complex in Panjin City in the northeastern province of Liaoning. The new company formed to build the complex will be called Huajin Aramco Petrochemical Company and will be 35% owned by Saudi Aramco, and the remaining shares owned by Chinese state enterprises, Norinco (36%) and Panjim Sincen (29%). According to reports, Aramco will provide 70% of the crude feedstock for the complex that is expected to begin operations in 2024. In other news, Saudi Aramco announced that it will join hands with Chinese enterprises North Huajin and Liaoning Transportation Construction to form a marketing joint venture by the end of 2019 aimed at developing retail fuel stations across China and beyond.

People-to-People: In a far-reaching move with substantive long-term implications, the Crown Prince declared that all Saudi schools will begin teaching Mandarin as a mandatory language requirement along with English.

“Saudi Arabia’s strategy involves moving from beyond a buyer-seller relationship to one where we can make significant contributions to China’s economic growth and development.” Amin Nasser, CEO, Saudi Aramco