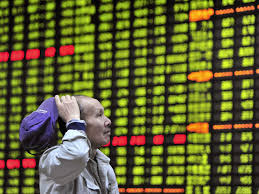 It has become a familiar feature of the regular unveiling of the IMF’s latest World Economic Outlook: Asia consistently outpaces the rest of the world in terms of growth. In July, the IMF reported that emerging and developing Asia is expected to see 6.2% growth in 2019-20, far outpacing sluggish growth in Europe, modest growth in the United States, and broader emerging markets growth.

Still, over the past week some warning signs have emerged, suggesting that there may be more trouble than the rosy numbers suggest. No doubt, the U.S-China trade dispute roiling the global economy is also roiling Asian economies, but Hong Kong protests, the South Korea-Japan dispute and a slowing India are also playing a role.

While this humble site still believes that the unique combination of demographics, rapid urbanization, unprecedented connectivity and rising middle classes will likely continue to drive Asia forward, it is important to watch these 5 warnings signs flashing across Asia

#1 – Singapore, the Asian trade hub, cut its forecast for economic growth this year to almost zero. Trade hubs like Singapore, Hong Kong, and Dubai often serve as the canary in the coal mine, as their growth is often highly dependent on global trade growth. So, when Singapore slows, there may be something foul in the air.

#2 – Hong Kong, wracked by 10 months of protests and whipsawed by the US-China trade dispute, is likely headed for a recession. What’s even more troubling, as Bloomberg rightly noted, could be that “Hong Kong’s standing as a safe and reliable commercial hub will face irreparable damage – a potential death blow for an economy that has leveraged its business-friendly reputation to become the primary gateway between China and the rest of the world.”

#3 – It has become well-known that China recently had its worst quarter since 1992, with a reported 6.2% growth. Even more troubling, China continues to pile up debt, with the latest tally at $1.5 trillion of dollar-demonimated debt held by Chinese firms. China’s total debt now tops 300% of GDP. Watch this debt space.

#4 –  Passenger vehicle sales fell in India in July by 31%, but this was no one-off fluke. It marks the ninth straight month of passenger vehicle sales falls, raising questions about the oft-heralded rising Indian middle class consumption story driving the future. What’s more, rising tensions between India and Pakistan will not be good for foreign direct investment for either side,  particularly jarring for Pakistan, not long ago an emerging market investment darling.

#5 – South Korea downgraded its trade relationship with Japan amid continued disputes over Japan’s World War II crimes committed against forced Korean laborers. This Tokyo-Seoul sparring comes at a poor time for both sides as they face the shrapnel of the U.S-China trade dispute and rising protectionism emanating from the United States.

We will continue to watch these warning signs, though it does not change the fundamental view of this site, well-articulated by friend and fellow traveler, Parag Khanna, that “The Future is Asian.”