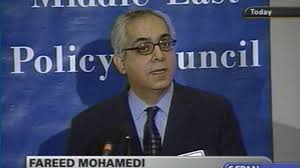 Fareed Mohamedi is one of the smartest guys I know on oil markets, the geopolitics of energy, the New Silk Road, and the political economies of oil-rich states. He has worked at Statoil, PFC Energy, Moody’s Investor Service, the Institute of International Finance, and Wharton Econometrics, among other places.

I’ve known him for two decades, and have always been enriched by his insights. I called him to discuss Covid-19 and where we stand. Here are some of his thoughts, edited for brevity.

“Shale oil in the US is so capital and labor intensive, and lower oil prices will continue to squeeze many of these producers. The important point to remember is that most of these shale producers do not generate a lot of cash. What they generate is growth. They show growth. They say to Wall Street: ‘You should invest in me. I am X today, but I will be 2x tomorrow, so continue financing my cash flow and then I’ll flip this company to an Exxon or a major.’ That story worked for a while, but Wall Street is losing their romance with shale. They are saying in return; ‘I’m too exposed to you and would like to leave now.’ This Wall Street loss of faith in shale will be just as important as the falling oil price. Without appropriate funding, many of the active shale producers today simply cannot survive.”

“Their revenues will be much lower than costs and Wall Street will abandon them.”

“For Obama, the shale oil sector saved him in those bleak days of 2008-9 because it created a lot of jobs. We could see lots of job losses in shale over the next year.”

“I think all sides will come to their senses and start playing nicely again. If you want $5 oil, the market will give you $5 oil, and nobody wants $5 oil.”

“We are running out of storage capacity. Distressed tankers all over the world are looking for a market.”

“If we begin to see cooperation again from Riyadh and Moscow, we could get back to $40 oil. The China rebound will come and demand will be restored to China. Balances will tighten up. Let’s say the Saudis cut back to 9.5 mbpd and UAE and Kuwait go to 2.8 mbps, and demand starts to revive in China, but is still weak in the West, we could see the price firming and inching upward.”

“The second quarter is often weak for prices in general because many refineries go on turn around (technical term?), but by the third quarter we could get back to $40, and possibly even $50 for the fourth quarter.”

The Future of Oil

“The writing is on the wall. Oil’s best days are behind it.”

“The majors will be ok in the short-term. When we think of a traditional big oil play, there is a lot of capital up front and you harvest it for 25 years. The majors can finance everything off their balance sheets. Although they too are struggling to keep Wall Street interested in them — for that they have to pay big dividends which in a low oil price environment will require them to borrow”

“This is really going to hurt oil producing countries. It will accelerate the move away from oil, even though oil is cheap.”

“We could see one last big price boost by the mid 2020s. By late 2020s and early 2030s, and then we’ll be entering the twilight of oil. Don’t get me wrong. The world will still demand a lot of oil, but the growth in demand will slow dramatically and sort of plateau.”