Charlie Lay: Demand Shocks and the Death of the Bull Market 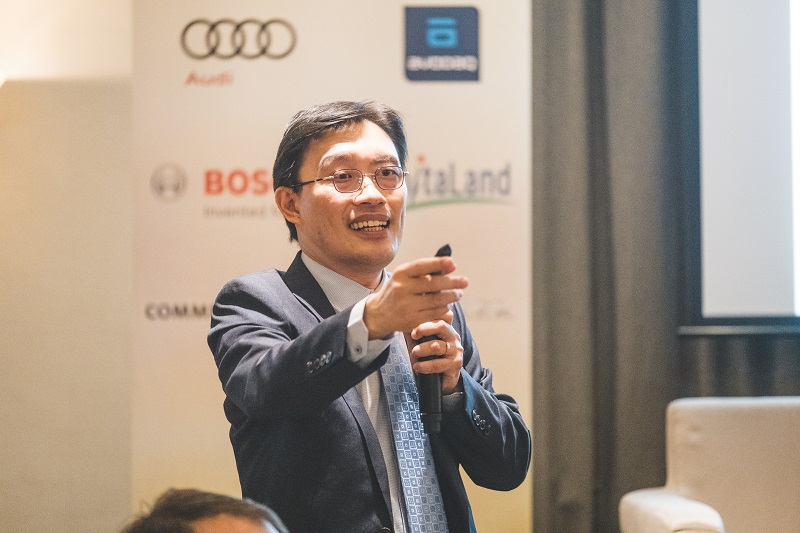 I recently met Charlie Lay in November of 2019 at the CommerzBank Emerging Markets Macro Conference held in Dubai. Charlie is a Singapore-based senior economist and FX strategist at CommerzBank, one of Germany’s largest banks and its biggest player in trade finance globally (and that’s saying a lot given Germany’s export machine). As Charlie took the stage, a fellow attendee nudged me and said: “you’ll like this guy.” He was right.

Charlie regaled the attendees with a sharp and humorous presentation on China, broader Asia, and the global economy peppered with pop culture references from music and the movies. Beyond the laughs, it was obvious that Charlie knew Asian markets and their intersection with the global economy very well. I gave Charlie a call in Singapore on March 21 to talk through this Covid-19 moment, and trade thoughts on what it all means for Asia, world markets and the broader global economy (and we had an email exchange with minor updates on April 6). Here are some excerpts of his thoughts, edited for brevity.

Let’s go back to 2018 – the start of the trade war. That was the beginning of the supply shock which caused people to rethink the global supply chain. Firms began to think: maybe it’s not such a wise idea to put all the production in one location. We saw a glimpse of this in 2011 with Fukushima, but that earthquake did not cause supply disruptions in the US. Rather, flooding in Thailand did. For example, Honda reduced production in the US and Europe because of a shortage of parts from Thailand. So, back then, we had a supply side shock.

Now, with coronavirus, we are seeing a huge demand side shock. In the last 12 months, the world has been in a manufacturing recession. We saw early signs of this in the US while the services sector was still holding up well. Employment growth in the US has been good. We’ve seen 2.2 million jobs per year since the financial crisis, since 2010. Now, we have a demand side shock that exactly hits the services sector. So, the very leg that has been holding up the US economy is in trouble. Financial markets are pricing in the risk of a full blown financial sector shock. That’s why you see a rush to dollars. There is a big scare now in the financial sector that there will be a shortage of dollars. The credit market is seizing up. There is no liquidity. Gold is being sold off. Bonds are being sold off. The world’s deepest and largest market, the Treasury market, has been swinging 50 basis points (we spoke on March 21, 2020).

In the bond market, you cannot find a bid. Fed restarted QE again. This is QE5. QE4 was the Repo market last September. The Fed is trying to desperately avoid a financial sector shock.

Now, let’s go back 12 years. The Fed pumped liquidity into the system and there was a massive rally in financial assets. The rich got richer. Hence, the big theme about income inequality that accelerated and the rise of populism. So, in terms of markets: Is Covid 19 the last straw that broke the camel’s back? Are all of the excesses in the market coming to the fore? We have seen a huge build-up in credit and financial assets. Prices were overvalued. Bull markets can stay overvalued for some time, so they need something to recalibrate. Bull markets die from recessions or Federal Reserve interest rate hikes or geopolitical shocks. This time, it’s undone by a health crisis. The 11 year bull market is finally dead.

Main Street will get hit harder. The corporate sector will be hit, and SMEs will be hit most. What we are seeing now is a supply side shock, a demand shock, andthe Fed is desperately trying to avert a full blown financial crisis. However, there is also a health crisis hitting the economy. People are likely to be reluctant to go out and spend even when the all clear comes.

The Legacies and Scars of Covid-19

Every crisis leaves legacies and scars. In the case of Civid-19, the obvious scars are the human tragedy. What about markets? Let’s go back to the 2008 crisis. What happened?, Well, regulation on banks increased and banks pose less of a systemic risk now. For banks, their ability to leverage was restricted. Banks are basically not an issue going into this crisis. They are well-capitalized and not as levered because they are not allowed to do so.

What are the market/economic scars and legacies that will result from this crisis? First, I think we will see a continuation of the rethink of global supply chains. We will see more onshoring and near shoring. This may lead to higher costs of production and higher prices for the consumer. Second, perhaps governments will spend more on research and development, especially in the field of infectious diseases. Third, governments will spend more on healthcare. There will be many more legacies of this global pandemic when it’s all over.

Q1 growth will most likely be negative and even if we get a sharp rebound in the second half, we are unlikely to see more than 4% growth for the full year. The risks are clearly to the downside given that global demand is also hit. China’s major trading partners will in turn be hurt. Unlike 2008, China doesn’t have the luxury of a big bazooka stimulus. It will provide support, of course, by way of lower rates, cuts in RRR (reserve requirement ratios), speed-up infrastructure projects and the like, but it is likely to tread more cautiously this time, cognizant of containing leverage in the system.